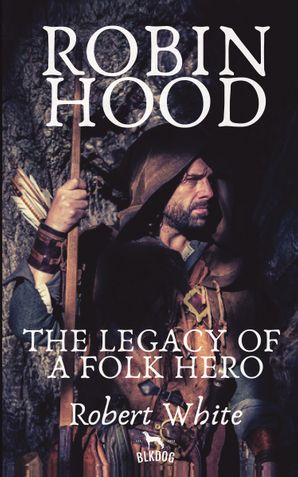 Robin Hood: The Legacy of a Folk Hero

If you thought you knew about Robin Hood… then think again!
​
Written by Robert White, chairman of the World Wide Robin Hood Society.

Many tales have been told about Robin Hood. The traditional stories of good versus evil and his quest to regain his rightful inheritance are universally appealing. The legend has intrigued generation after generation and everyone has their own personal vision of Robin Hood - a swashbuckling hero; a romantic outlaw; a bandit thief; a fighter of injustice or a benevolent champion of the people. Numerous books have been written by historians trying to untangle the myth, establish his actual existence and speculate on just who he might have actually been. Consequently, the subject of the globally renowned hero of English folklore has become extensively complex but the observations included in this publication should provide a brief overview of some of the key facts, issues and perceptions surrounding Robin Hood.

Robin Hood: The Legacy of a Folk Hero gives a fascinating insight into the numerous aspects of one of the world’s most enduring and iconic legends. Robert White discusses interesting facts and titbits surrounding the outlaw, and then reflects on how the Sherwood Forest hero has become a global phenomenon who, over 800 years, evolved into 'the people’s champion'. Embark on an journey from the legend’s mythical roots to how, across the ages, the tales of Robin and his merry men has developed in many diverse ways that still impact us to this day.

Whatever your opinions and beliefs, this title will reveal just why Robin Hood has become so much more than simply a mythical outlaw of English folklore.

During a 25 year career in Public Relations and Corporate Affairs at Nottingham City Council, Robert White became involved in numerous publicity and promotional campaigns that featured the City’s traditional links with Robin Hood. So, having retired in 1998, when the MD of an I.T. and communications company decided to create the internet-based World Wide Robin Hood Society, it was no surprise that he invited Robert to be a co-founder.

21 years on, the Society has become a leading Robin Hood resource that is used extensively by the media and film and television production companies etc. Robert has been frequently interviewed by national and international press and magazine journalists and on radio, film and television – including the UK, France, Germany, the USA, Canada, Korea, Africa, Jamaica, Australia and even Ecuador – together with appearances on BBC’s “The One Show”; Sky Travel’s “Expedition Unknown” series and French television’s “Secrets d’Histoire: Robin Des Bois.”

Robert’s particular interest is in the pivotal role that the legendary hero has played in the development of popular culture. The traditional tales have had a phenomenal influence across the centuries, impacting on a diverse spectrum of the arts, literature, folklore, business and environmental issues etc. establishing Robin Hood as a global icon and an internationally recognised brand.

Although Robert has given numerous talks to many organisations, groups and education establishments and written various articles and promotional booklets about the Sherwood Forest outlaw, Robin Hood: The Legacy of a Folk Hero, will be his first book on the subject.

As a bass guitarist and songwriter since his teens, Robert developed a keen interest in Rock and Pop history and has built up an extensive collection of quotations by artists and musicians from the music industry. He also takes an interest in Native American Indian history and culture.

Robin Hood: The Legacy of a Folk Hero

Be the first one to write a review for the book Robin Hood: The Legacy of a Folk Hero.