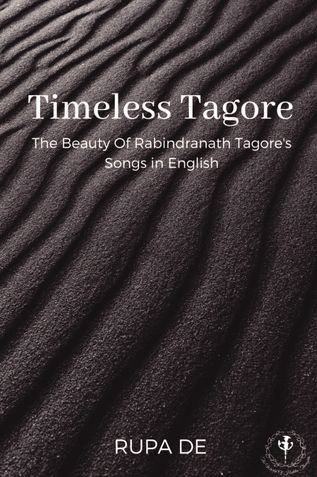 Timeless Tagore evolved, bit by bit, over a very long time. I am painfully aware that this project is a “mission impossible”, given the unconquerable gulf between Rabindranath Tagore’s lyrical mastery in the Bengali original, and the near maiming that ensues in translating his creation into another language. It is also impossible to translate the beautiful use of alliteration and the onoematopia the poet indulges in. As William Radice, observed, even the best of translators would have struggled with reproducing into English some of the characteristics of Bengali such as “its rich sound patterns, exploited to the full by Tagore, its elegantly economical and regular inflexional system or its abundance of vivid, onomatopoeic words ...”

Nevertheless, I found myself incapable of turning away from this madness that spurred me to take a minute part of the poet’s genius to non-Bengali friends of mine and to those of my family who cannot read Bengali. This modest collection, a labour of love and respect, consisting of samples of Tagore’s vast collection of songs, has been randomly selected. It does not follow any category but comprises songs that touch me, inspire me, bring me out from the depths of darknesso and at times, exhilarate me. They give me solace; help me to understand philosophy, and to know ways of worshipping the Supreme through His own creation, the nature. It is a small tribute to the genius of Tagore which in my limited capacity I have tried to project.

Rupa De, nee Sen as I knew her in school, in her own words, has attempted the impossible, but in the reader’s view has made it possible. She took the most arduous task of translating Tagore’s songs into English.

Tagore’s songs are beyond tone and music, beyond the single layer of verbal presentation. There are layers and layers of meaning, capturing, in Tagore’s unique words, the whole gamut of human existence in the backdrop of love, worship and nature.

In many of her translated songs, Rupa has brought out the essential meaning beyond the surface translation and literal transcription. The songs have blossomed with full petals.

We expect more from her.

Be the first one to write a review for the book Timeless Tagore.