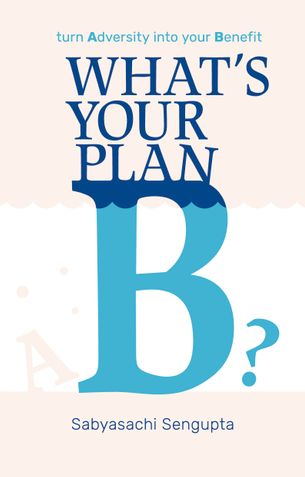 What's your Plan B?

Turn Adversity into your Benefits

If you get fired today or if your company goes bankrupt next week, are you prepared for that? Or you think this will never happen to me? Change is the only thing that is constant. This means the technology can become redundant, jobs can become redundant, trends can change overnight. Adversity can also mean a sudden loss of a job, reorganization, automation, digitization, or the bankruptcy of a company; the list is endless.Innovating is the only way forward. Every industry, be it banking, information technology, aviation, service, food, or even emerging start-ups have either adapted to change or failed.Changing times need us to be future-ready at all times, as companies and as individuals. So, what should we do when adversity creeps into our perfect little world? (hits you in the face?)The answer is simple: “Have a Plan B!”The “B” in Plan B stands for Backup. Plan B is to make yourself ready to face the unforeseen crisis head-on. This book will help you create a backup plan, so when the tough time arrives, you’ll be prepared and able to steer yourself across the perils of adversity.With feedback, comments and stories from 20 experts and leaders from various sectors, countries and situations, I have created a Plan B framework. A four-step approach to how to face adversity, create a plan B and make changes today. When you have a Plan B, you can convert from a pink slip to the pink of condition. But you need to start preparing today.

Sabyasachi Sengupta or Saby, as he is popularly known, was born in Kolkata, India. In 2010, he moved to the Netherlands to study at the University of Amsterdam.
For the past nine years, he has been working as a Business Developer at ABN AMRO Bank in Amsterdam, and at the same time has forged a second career as a highly demanded keynote and TEDx speaker in the Netherlands, Belgium, France, Serbia, India, Lithuania, Spain and several other countries. He is also the winner of multiple public speaking awards, including 1st prize in the European Toastmasters public speaking contest in 2015.

Saby experienced first hand what it means to be hit by sudden adversity when he started his banking career six months before the crash of 2008 – working, of all places, in the eye of the hurricane: Lehman Brothers. Since then, in his various roles, he has witnessed several reorganisations, merger and turbulences in his jobs, companies and sector that prompted him to write this book.
Saby believes that there is never a good or bay time to make a Plan B. The best time is now.

What's your Plan B?

Be the first one to write a review for the book What's your Plan B?.

Why Some People Fail At Internet Marketing
Gaurav Jadhav