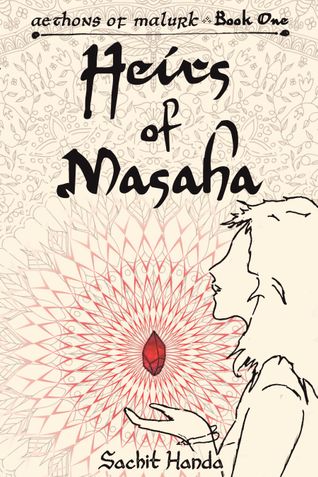 Ages ago, in the lands of Malurk, the heavens split open in a fiery blaze and bestowed upon an ordinary man the power of Aether. This man was the legendary Masaha. He shared this power with others and created the first Aethons - revered protectors of the lands of Malurk.

But Aether would soon corrupt...

Drunk on the power they weilded, a few protectors turned tyrants. Masaha and those loyal to him stood up to these oppresors. After a long and bloody war, Masaha decided to purge all Aether from the world. For thousands of years the power was lost and forgotten. The once mighty Aethons became nothing more than whimsical characters in folklore and tavern-tales.

A fanatical prince of the kingdom of Elid believes he is a descendant of Masaha. His relentless quest leads him to the lost power of Aether, which he unleashes upon the world - plunging Malurk into war again. Embroiled in the chaos are kings, queens, princes, princesses, healers, soldiers - and even rickshaw pullers.

But does anyone stand a chance against the force of Aether?

Will ancient Aethons return and restore the world to normalcy?

Or will the strange emergence of new Aethons in Malurk change the order of things?

Sachit Handa was born in Shimla, a small town nestled in the hills of the Himalayas in India. He is a marketer by profession and currently resides in Mumbai with his wife.

Growing up, Sachit was always into creative writing and was part of literary groups and editorial boards in school and college. However, it was not until he started working did he discover writing to be a magical getaway from the daily drudgery. In the dust and din of Mumbai roads, he realized that the time spent in his traffic-laden commute could be used to imagine and create fantasy worlds. And so, he began working on his first book, Heirs of Masaha, in the back seats of auto-rickshaws in which he traveled to and from work. After two years of typing away on his cellphone, he finally published Heirs of Masaha in 2020.

Sachit is also an avid musician, and has composed music pieces inspired from the events in his book.

Be the first one to write a review for the book HEIRS OF MASAHA.

A Storm of Magic
Ashley Laino

The Warlock of Hymal
N. Bernhardt