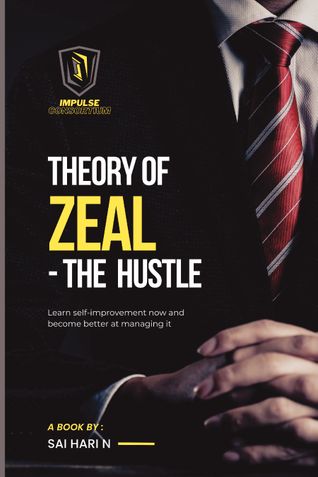 Each of us has our own set of life lessons to impart. Whether you're a teacher, a doctor, a mother, a caregiver, or a writer and author, the life lessons you've learned are important and can help others. I wish I had learned so many lessons while I was young enough to appreciate and implement them. The issue about wisdom, and frequently life lessons in general, is that we only learn them after we've needed them. The good news is that our experiences and the lessons we've learned can help others.

One of the most difficult aspects of changing your life is remembering to put what you've learned into practice when faced with temptation, irritation, or adversity. Anyone can read about a technique and follow it, but remembering to do so in the actual world is difficult.

SaiHariVignesh N, from Tamil Nadu is the founder of Impulse Consortium. He is an author of more than 10 books and co-working in 25+ projects from the international arena, dreams higher to achieve goal and wants to have a major role in the improvement of society. He has mentored many youngsters and guided them to achieve success in their careers. He serves the society by being a part of multiple NGOs. Notably, he was a District President of Karur, Tamil Nadu during his service in the National Youth Council of India and Zonal President of Southern Tamil Nadu for the Youth United Council of India. He is also an ambassador for the TIP community to create awareness among the youngsters about unification. His passion towards writing made him as Literary Judge of "Shararat Inks" writing community.

He also authored non-fictional book series, "Era of Liv-On" to encourage the society to achieve their goals along with morals and technical books named as “BLAC – Beginner Level Arduino Codings”, "Basics of Java" and "Basic Electronics Tutorial - Series" for academic scholars and candidates.

His dedication towards the development is recognized by many international organizations which have allocated him many awards till now. His contribution in the writing industry made him receive the "Best Young Author Award", "Hindustan Writer Award" and "Golden Arc Award".

He also made international records by building and launching low power multifunctional "Hummer-Bot" which can perform an act based on the function a user wants to do such as obstacle avoidance, infrared tracking, Bluetooth application control along with real time power detection, within a day on the occasion of international creativity and innovation day.

He also got awards from Ingenious Galore, Fabo, Talent Pillar and JPT Elite. His efforts to develop society allocated him with the "Best Social Worker" award by Life World Community. He is also a "Golden Bird" Awardee for his life time achievements.

He was selected as one of the top 100 researchers of India, according to FoxClues and also featured in multiple articles. He also received the "India Prime Researcher Award" for his research experiments and projects at a very young age.

His hard work and efforts also made him an "Inspiring Icon of the Year 2021" by Aspirant Achievers. He is considered as "Champion Learner Gold" by IBM Skillsbuild. He is highly credible by obtaining more than 500 credentials through multiple international organizations like Google, Cisco, IBM, etc.

Be the first one to write a review for the book Theory of Zeal.

Other Books in Philosophy, Parenting & Families