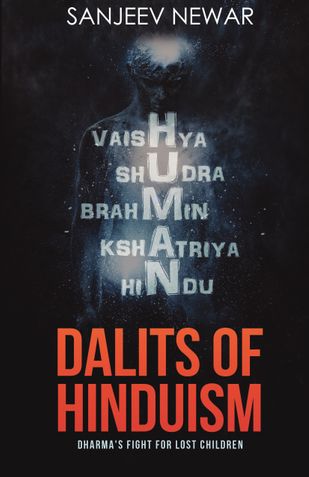 The book deals with the subject of birth based caste system in Hindu Society. It discusses what made Hindu civilization, the oldest on the planet to get invaded, plundered and destroyed for centuries. Civilization that covered almost half the globe once is shrunk to half subcontinent. What went wrong?

The only religion that declared all living beings as children of Mother God is being accused of creating Dalits out of those children. Who are Dalits? Are they untouchables of Hinduism? Who made them untouchables? Will they ever come back to mainstream or be lost in oblivion? Will India continue to be corroded or is there a way out?

This book deals with all burning questions on caste-system and their solutions. Much needed for India's unity and survival.

Note: Those who have already purchased our book "No Caste System in Hinduism" need not purchase this book as most of the content remains same. This is the latest edition of the same book with different title.

SANJEEV NEWAR is the founder of Agniveer - mission committed to serving Bharat Mata and humanity. He is a prolific writer, speaker, entrepreneur, leader and the greatest expert of Karma Yoga and Geeta in world today. He is an author of 15 books on Hinduism that have established Hinduism as winner against forces wanting to destroy India through religious conversions and terrorism. He was most read author on Kashmir and defense techniques on Quora until later banned him under severe pressure from terrorist organizations based out of Kashmir and Pakistan. He is a data scientist by profession. His thorough analytical skills are evident in his writings as well as products. His risk management products have been named in top 20 of the world for 2014, 2015 and 2016. He is the only Indian to have ever made to this list. He has been behind several inclusive and encompassing innovations. He is a mentor to several eminent young scientists of the country. Sanjeev Newar is an alumnus of IIT Guwahati and IIM Calcutta.

Be the first one to write a review for the book DALITS OF HINDUISM - Dharma's fight for lost children.