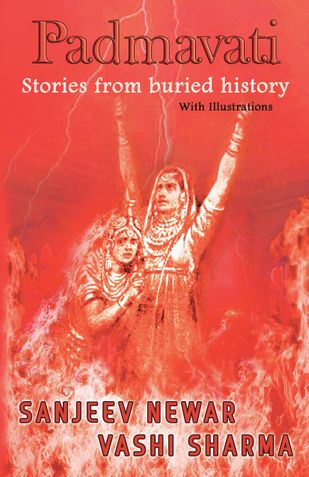 This is a collection of short cinematic stories from forgotten history of India, that would send chills down the spine.

An Indian kid learns dangerously strange things in name of history in schools. A narrative that is shoved down their throats is that Hindus were ruled by Islamic invaders for 1000 years. Invasion of Islamic attackers has been termed as their rule and their tyrant regimes have been glorified as great examples of Hindu-Muslim composite culture. While the invaders are presented as saviours, the real heroes - the children of soil who fought the former out all along to regain freedom have been wiped off completely from history books.

1. A Hindu queen made Muhammad Ghori 'the conquerer’ run for his life till Multan, today’s Pakistan!

4. A Rajput escorted his Prince and queens to Jodhpur defeating Aurangzeb’s massive armies on his way back from Delhi putting 300 Spartans of ancient Greece to shame!

5. There was a Hindu commander whom Mughals feared as ghost who could win battles against Allah's will!

6. There was a Rajput whom Mughals had to capture in lion’s cage because his built scared Mughals!

7. Whole Pathan army once surrendered to a Hindu Khalsa commander without even fighting!

8. A Hindu Khalsa commander won all territory dominated by invaders till Afghanistan in 19th century!

9. When British came, Lahore, Peshawar, Rawalpindi and most of today’s Pakistan were under Hindu rule!

This book will restore the glory and self-esteem that you might have lost thanks to the wrong history taught in schools. Read these stories to your kids before they are programmed to believe themselves as slaves of centuries. Truth is shockingly different. Make them brave with true history before false school history makes them mental slaves.

Sanjev Newar is a Yogic scholar of Vedas, Gita and Hinduism. He has written several popular books on Vedas, Yoga, spirituality and misconceptions on Hinduism. He is the founder of Agniveer - a spiritual movement that works for equality of castes, genders, regions and religions in India and abroad. He is pioneer of Dalit Yajna initiative to bring caste equality in tribal regions. He is an eloquent poet, orator and motivational expert who works to address suicidal or depressive tendencies. He is an alumnus of IIT-IIM, and a noted data scientist specializing in Risk Management.

Dr Vashi Sharma is a renowned scholar of religions, extremism, history, Islamic invasions and an expert on de-radicalisation. He is an eloquent author, poet, prose writer, speaker and a scientist. He has written several books in English and Hindi on Islamic extremism, history and motivation. An alumnus of IIT Bombay and recipient of prestigious INSPIRE Faculty Award from Government of India for Scientific Research, Dr Vashi has also published many world class researches in peer-reviewed Scientific Journals of international repute. He is currently the president of Agniveer.

Be the first one to write a review for the book Padmavati.