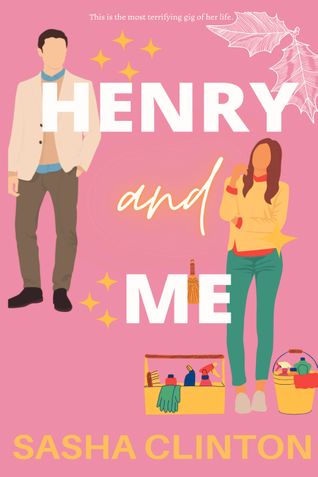 ★★★★★ I adored this cleverly amusing book from start to finish—DJ Sakata, Goodreads reviewer

★★★★★ I suggest 1-clicking it now, sitting back, and simply enjoying this fun, flirty yet meaningful story about Max, Henry, and a really great supporting cast!—Barbara, Goodreads reviewer

Author Sasha Clinton returns with a hilarious new rom-com about what happens when an inept, out-of-work actress is forced to work for the guy she brutally rejected in college…

My name is Maxima Anderson and there are three things I regret in life: being mean to Henry Stone, moving to Hollywood for my acting career, and choosing to become Henry’s housekeeper. The third’s the worst, though, because I suck at housework. I’m pretty sure Henry hired me because he knows this, too, and wants to see me make a fool of myself while he savors my misery.

Did I mention he’s a millionaire and he’s paying me a ridiculous amount of money to do a bad job at housekeeping?

But things aren’t going according to his plan. Or mine. Because I’m beginning to realize that under his stony façade, Henry has a golden heart. And he’s gotten so much cuter since college. Our chemistry sizzles hotter than my burnt pancakes, and his sweet words corrode my resistances faster than bleach corrodes the limescale in his bathtub. And if I don’t do something about it, I might end up falling for the guy I hurt once...and hurt him again.

Henry & Me is an uplifting, hilarious, standalone romcom perfect for fans of Sophie Kinsella, Jennifer Crusie, and Sally Thorne.

Sasha Clinton is an author of funny, addictive contemporary romances and romantic comedies. Her heroines are smart and sassy and her heroes are strong yet sensitive. When not writing, she can be found reading, watching k-dramas, and eating chocolate.

Be the first one to write a review for the book Henry & Me.