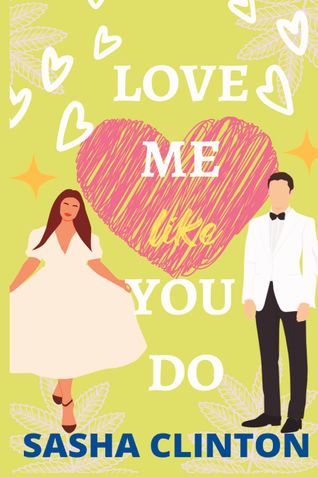 ★★★★★Once I started I could not get enough, from the start till the end I was engrossed I was even on the edge of my seat with twists and turns, lust and passion, strength, happiness and funny—Tania, Goodreads Reviewer

A chance meeting with a producer opens up a world of new possibilities for thirty-something Bella Hopkins in this charming romantic comedy from Sasha Clinton that’s perfect for fans of Abby Jimenez, Talia Hibbert, and Beth O’Leary.

Bella Hopkins wants to buy a house so she can have the security she never did growing up. But why is real estate in New York so damn expensive? Burned out from house hunting, she meets charming movie producer Jamie Star who offers her a crazy proposition: $100k if she agrees to appear on his new Netflix show.

Bella doesn’t know the first thing about showbiz, but she’ll do anything if it means she can buy her home. It’s not like she’ll ever fall in love with a player like Jamie, anyway. She learned her lesson after living with a mother who hopped from flaky guy to flaky guy. But when Jamie gets under her skin with his cocky wit, sexy charm, and genuine kindness, Bella can’t keep herself from making the same mistake as her mother.

Love Me Like You Do is a delightful, laugh-out-loud romantic comedy that also includes the love story of Jamie’s father, Grant, a misogynistic studio executive, and Eve, a razor-sharp, feminist employee at his studio who challenges his beliefs on women and life.

Sasha Clinton is an author of funny, addictive contemporary romances and romantic comedies. Her heroines are smart and sassy and her heroes are strong yet sensitive. When not writing, she can be found reading, watching k-dramas, and eating chocolate.

Be the first one to write a review for the book Love Me Like You Do.

Love of Generation
I P Tarun