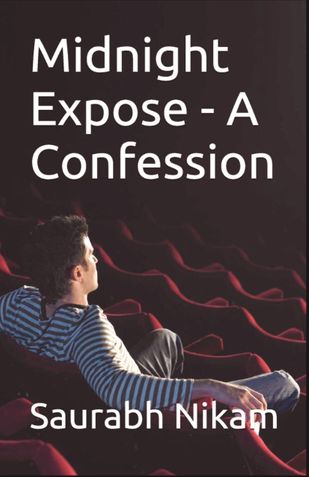 The 30-year-old Abhinav lives in the Amster Hill quarter and works as a clerk in Amsterdam. One
morning, unable to control a strange impulse, he touches the earlobe of Mr. Diwan, the chairman
of his company.

Shortly after this senseless act, Abhinav loses his job and slowly becomes dispirited, apathetic, and
disgusted with himself. He consequently stays in his room in the modest apartment, located in
Antella, which he shares with his mother, who is attentive and affectionate to him.
Forcing himself to get off his couch, the only place which gives him shelter and enables him to
converse about his condition, Abhinav wanders about in the streets of Amsterdam, sometimes to
find a job, which would be unlikely, and other times to avoid his friends and his own thoughts.
After six months of not working, his only real friend invites him for lunch on Christmas day.
Beholding Octave's wife's armpit, Abhinav is seized with a new sudden impulse. Tortured by the
erotic fantasies this sight generates, he rushes out of his friend's house.

In the evening, when he comes home, he must furthermore face his mother's suggestion of an
arranged marriage with Marguerite, a seamstress who lives in the same building and whom he is
quite fond of. Abhinav leaves his house and the life he has led until then and, late in the night, in a
pub, confesses his strange story to the reader.

In one imaginary novel, Abhinav becomes almighty, capable of deciding his own destiny and that
of the people around him. He overcomes his fate and fatalism, gaining a job and money, but his
power leads him to despair and to suicide.

Suddenly, he wakes up and realizes that it was all a dream; groggy with alcohol and fatigue, he
had dozed off at the bistro table.

Saurabh Nikam is a beginner author usually having a fond of writing fictional stories. Writing a novel was always on his bucket list, and eventually with "Midnight Expose - A Confession" it became a reality. It's his first book and decided to continue as a series in upcoming years.
He also plays a guitar and enjoy travelling around the country and otherwise spreads far too much time on his computer.
He is an engineer by profession and lives in India with his family.

Be the first one to write a review for the book Midnight Expose - A Confession.