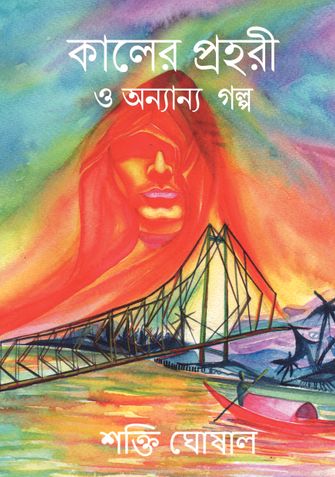 As Samir embarks on a sunset cruise on the Hooghly, he meets the enigmatic Chronicler who takes him on a two and a half centuries journey surrounding the curse of a fabled pearl necklace, as mentioned by his dying mother. The Chronicler asks,“What could be behind you taking this trip today and me telling you this tale?”

Spanning a century between the pandemics of 1919 and 2020, Dipen and Indranil are confronted by tragedies under vastly different societal conditioning and development. What is their link spanning four generations which arises from an old and dilapidated palace and its massive Shiva linga?

As the capital of the British Raj shifts to Delhi in 1912, Junior Clerk Sujit with wife Bina is forced to migrate from Calcutta to distant and dusty Civil Lines in Delhi. Shanti, born of a forceps delivery gone horribly wrong, comes into their lives. A tale of evolving relationships against the backdrop of momentous events in the nation’s history.

Suffering severe injuries from a gas explosion, Anjan meets Savio who brings him face to face with the private demons from his past. But past demons do have a way to come into one’s present with life-changing consequences. Who is Savio?

An engineer, an IIM Bangalore graduate, a coach, and a leadership incubator, Shakti considers himself a maverick. Having lived close to four decades of corporate life in India and abroad, he brings in a wide-angle narrative style in his writings. He loves to explore relationships within emergent situations.

Shakti currently resides with his wife Sanchita in the city of Kolkata in India. Together, they are the proud parents of two lovely daughters.

Be the first one to write a review for the book Kaler Prohori O Onaino Golpo.

For Want of Wonders
Richard Payment