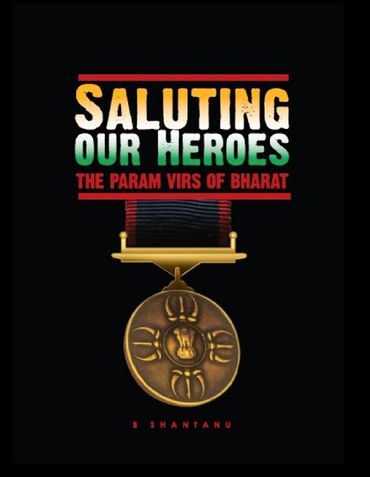 Saluting Our Heroes: The Param Virs of Bharat

This series of posts on Param Vir Chakra awardees on my blog <a href="http://Satyameva-Jayate.org/">Satyameva Jayate</a> was prompted by a winding but thought-provoking conversation I had in the summer of 2009 with a friend and his cousin – a young serving officer in the Indian Navy. We talked politics, Jammu & Kashmir, 26/11, bribery, corruption and Pakistan…until talk got around to attitudes of young people towards the army and the general lack of interest in a career in the armed forces.

The young naval officer felt that at least part of the blame lies with our attitudes towards “heroes”. <strong>As a society and as a nation, we rarely honour our men and women in uniform and do not value their valour enough</strong>. He pointedly asked me, <strong>how many of us can name even five Param Vir Chakra awardees, let alone all of them?</strong> I confessed I could not.

That question haunted me for several months.
In October 2009, I decided that the heroes deserved a series of their own. Starting November 2009, I began writing a post on each one of our Param Vir Chakra awardees – the bravest of the braves.

The project to publish the series in the form of a book emerged out of various conversations with friends and blog-readers who were very kind in their praise and encouragement for this work.

It would have however, remained just an idea had it not been for the thankless and untiring efforts by Umadevi Desabhotla who volunteered to help organize each of these posts into chapters, format, spell-check and proof-read them.

I am grateful to Vinod Subramanian and the amazing designers at <a href="http://www.ChirpyElephant.com/">Chirpy Elephant</a> They took on this assignment pro bono and we got the design you now see on the front.

And last but not least, this project would not have come to fruition without the unstinted support of my wife and daughter – who sacrificed countless hours of their time – so that I could work on these blog posts and help spread awareness about these Heroes. <strong>This is our very humble tribute to the ones who did not come back. They died so that we can live - in peace.

P.S. All proceeds from the sale of this book will be used to support <a href="http://youtube.com/JaiDharma">my outreach activities</a> and <a href="https://picasaweb.google.com/109617535699251166450">efforts to increase political awareness in India</a> and work towards systemic reforms.

Important Notice: This book includes photographs and excerpts from published articles and essays that are freely available in the public domain. All such articles and links have been fully attributed and identified wherever appropriate. If you notice any discrepancy or omission in this regard, kindly send an email to Jai Dharma @ gmail . com (please remove spaces in the address). Further, such material has been incorporated only in the context of these stories and with the sole intention to increase awareness about our national heroes.

<strong>Shantanu Bhagwat</strong> (who has been writing under the name of <strong>B Shantanu) is a political activist, blogger, advisor to start-ups and a seed investor. He is also a one time VC and ex-Diplomat.</strong>

He has been writing articles and blog posts on the History, Culture, Politics and Religions of India since 2004. The entire archive of these posts is available at Satyameva-Jayate.org – now among one of the most popular blogs in India.

He is currently involved in <strong><a href="facebook.com/SatyamevaJayate.BShantanu">“Reclaiming India” – One Step at a Time</a></strong>.

You can <strong><a href="http://satyameva-jayate.org/about-me/">read more about Shantanu at this link</a> </strong>

And <a href="http://satyameva-jayate.org/support-us/">please do consider supporting our work by clicking on this link</a>

Saluting Our Heroes: The Param Virs of Bharat

Be the first one to write a review for the book Saluting Our Heroes: The Param Virs of Bharat.

The Glimpses Of India
Durga Prasad