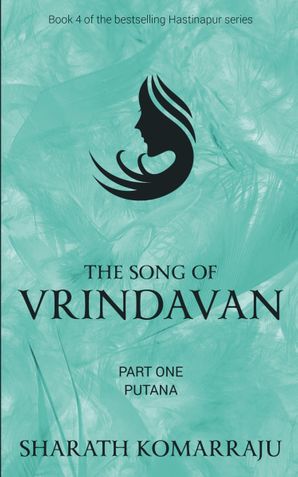 The Song of Vrindavan: Part One - Putana

<b><i>'In the house of Nanda and Yashoda, Vrindavan reared a boy that would first grow into a man, then a warrior, a statesman, a lover, a sage – and finally, a god.'</i></b>

There are armed soldiers at Nanda's door. They have come from the palace of Kamsa, Mathura's High King, on orders to kill every newborn babe in the city. Krishna and Balarama are at their mothers' breasts, and tending to their needs is a thirteen-year-old cowherd girl.

Her name is Radha. And it is she who must protect the two princes from the tyrant's men.

Then there are dangers that spring from within. Mandira, the pregnant wife of the merchant Shaunaka, dreams of chieftainship for her to-be son, and for that to happen, Nanda's heirs will have to be dispensed with. She comes to Yashoda's hut bearing warm smiles and venom-filled breasts.

Will Radha succeed in saving the two infants from being suckled to death?

Written in the same lyrical style of the previous Hastinapur books, <i>The Song of Vrindavan</i> tells the true story of the first sixteen years of Krishna's life, and the role that Radha played in making him the man he would eventually become.

Sharath Komarraju once again beautifully breathes life into the silences that permeate the epic we all know so well. If you're a mythology or fantasy fan, this is a must-read.

Sharath Komarraju is an author of fiction and nonfiction based in Bangalore, India. Once a software engineer, now he writes for a living, and on lazy days he watches cricket and talks to his wife (often at the same time).

His most popular work to date is the Hastinapur series, in which he speaks into the silences of the Mahabharata story through the epic's many women characters.

The Song of Vrindavan: Part One - Putana

Be the first one to write a review for the book The Song of Vrindavan: Part One - Putana.

Aarsu - a soul for a soul
Pankaj Sharma