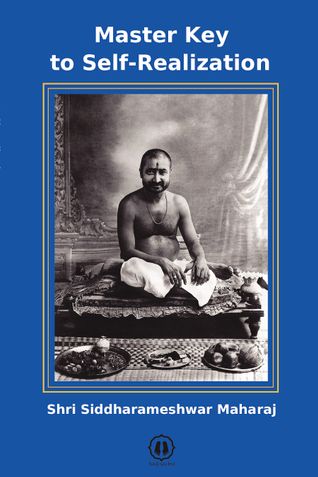 From the guru of Nisargadatta Maharaj, in this book the reader will find the Master Key to Self-Realization that is in the form of the methodical teaching of Shri Siddharameshwar Maharaj about Self-Knowledge and realization of Final Reality. The teaching contained in this text reflects the clear and direct language that was used by Shri Siddharameshwar Maharaj and that has been similarly used for expressing non-dual Vedanta teachings passed down through the ages. The spiritual instruction contained in this book provides the reader with solid foundation for understanding the Advaita Vedanta teachings of not only Shri Siddharameshwar Maharaj, but also great saints such as Shri Ranjit Maharaj and Shri Nisargadatta Maharaj, and other great Masters such as Shri Ramana Maharshi, Shri Adi Shankaracharya, and Saint Shri Samartha Ramdas among others. This 'Master Key' empowers the spiritual aspirant to verify and understand for oneself the timeless essence of non-dual wisdom. (108 Pages)

Please keep in mind that these books are printed on demand, so the prices are still higher than printing hundreds or thousands of books and holding them somewhere in inventory, but that is not practical in this case because it is a very small market for these books of Advaita Vedanta wisdom at this time. In the publishing business everyone wants their piece of the pie, but the sellers on Amazon.in have been charging up to triple the price of what people in the West pay! So it was time to act, and now the books will be available printed on demand, or in bulk in India, through Pothi.com. I encourage you to buy directly through Pothi.com, an emerging Indian print on demand company who must compete against publishing industry giants like Amazon and other print houses.
If you are a book distributor and would like to buy bulk copies contact sadguru.publishing at gmail.

After his realization, Shri Siddharameshwar Maharaj began teaching that in addition to the path of long arduous meditation which is often referred to as "The Ant's Way," one can attain Final Reality very quickly through the path of "The Bird's Way," which is the path primarily of listening to the teachings of the Sadguru, as well as utilizing the power of discrimination (Viveka), combined with thoughtfulness and investigation into one's True Nature(Vichara). This is the most direct path to realization. He said that it is through thinking that Ignorance has become firmly established in one's Consciousness, and it is through thinking that Ignorance can be completely dispelled. His instruction as to how this is done is explained thoroughly within the contents of this text. Truly fortunate are those who come across these teachings in their lifetime. It is the voice of the Supreme Self, Paramatman that is found here in these pages. Shri Siddharameshwar Maharaj had many Self-Realized disciples. This book was originally written in the Marathi language by distinguished disciples of Shri Siddharameshwar Maharaj, Nisargadatta Maharaj principally among them. May the one reading these words attain the realization of the Final Reality with the aid of this text by the Grace of the Sadguru, who is your own True Self.

Be the first one to write a review for the book Master Key to Self-Realization.

The Moon and the Grasshopper
Kavita Modi