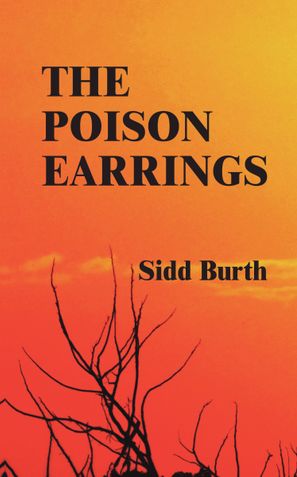 For a page-turning introduction to contemporary India, you’ll want to stay up all night reading The Poison Earrings. Sidd Burth’s crisp and humorous prose is as admirable as it is pleasurable to read. Burth covered seventy thousand kilometres by car on a quest to rediscover the soul of his country. This story is set in the tea-growing region of the country's scenic north east, California and Paris. It interweaves social turmoil into the lives of its central characters and thus turns it into an inside view of an unknown region while looking at the devastating effect of insurgency on a once peaceful society. Five talented friends- founders of a rock group, one of them is bisexual, another not quite sure about anything, after finishing their happy teenhood, escape with life to build their futures elsewhere only to meet with terrible consequences. It offers a sensitive account of cultural clashes in modern India while drawing a vivid picture of Americanised urbanism. The protagonist, with a questionable background, whose passions are driven by secrets, goes on to become someone in an ever-confusing world of whims and crimes. In course of time, the rest of the three friends disappear into a mysterious unknown except the girl he loves who reaches California. The middle part of the story, set in a posh neighbourhood in New Delhi, follows extra-marital fantasies and unbelievable activities of married people in an invisible social underbelly. In the end, the relationship of the two main characters turns out to be far more complex than they thought during their childhood. This book, having a passionate love for India at its heart, gives a lucid account of how the largest democracy of the world thinks and acts, and its society of wise men, gangsters, police, prostitutes, soldiers and corporate bosses affect everyday life of its people. The later part of the story, set in California, makes it not the usual showcase of professional climb of an immigrant woman- beautiful, elusive and dangerous, against the post 9/11 American absurdities. Later, when the reader travels through Paris and French countryside, Europe looks more beautiful than it actually is. Packed with laughter, it’s a moving tale of struggle, courage, survival and beauty. It is by any measure the debut of an extraordinary voice in literature.
-Geoffrey Horne

The opening incident is outstanding. Then I liked the entire psychologist’s analysis in California, her fears and their past relation with the incident (I can’t give away) and all that is fantastic. In fact, I read it twice.

This story drew me away to my own childhood. In a peaceful neighbourhood where I grew up singing and acting in dramas, we later saw violence. It shook me all the more because it’s based on what we saw first hand- bullets rushing through the tender hearts of little souls. Thus The Poison Earrings portrays a remarkable episode of a reality my home region passed through. Tragedy visits all societies or most societies and leaves behind devastating pains. What stretches this story beyond the pain is that it’s a story of love too, a tale of love with unpredictability. The narrator loved a woman once but lost her. For many pages, his story takes us through the times of their lives in two different countries, six thousand or more miles apart. Tragedy visits him again as disease takes away someone very dear to his heart- his mother, a woman who put her children’s needs before her own in the worst of their times. Now he loves another woman but her heart is impenetrable. Love’s magic is darker and more subtle. But she begins to recall the experiences of a pleasant childhood and finds comfort in it. People find comfort in many things and only one of them is love. ...................Lipika Goswami

This intense story is summed up on a beautiful island of a mighty river where their destinies sowed the first seeds of love. Whether we call this story tragically comic or absurdly tragic, for sure, there is nothing I have read quite like this novel. There is a moment here which I would love to call "The Titanic moment" although it’s not like the movie "Titanic" where Jack (Leonardo DiCaprio) dies and Rose (Kate Winslet) dramatically survives to tell us their love story. Here who actually survives to tell us the story, only the future will reveal. For the new world of love and its actors and for showcasing the transformation of love from one form to another and its supremely therapeutic qualities, THE POISON EARRINGS is a novel that will be marvelled at for years to come.

One of the most thought-provoking books I’ve read in a while as I’ve been traveling across India- an interesting land- vast, diverse and mysterious. I absolutely loved the heroine and the hero- both are amazing in their own rights. Of course, I liked the gay boss, he is such an irritating character. I keep going back to California and France - the characters of Rishie and XXX have more intensity and passion than any of the other characters. The prose is movie-like, free-flowing converations in visible moods. Later in the story I could easily relate to the psychological aspect of the trauma as I’ve seen someone close suffering from a similar one (not same but distantly similar). However, I didn’t’ quite get the role of the Chinese guy in the California party. How could they remain so calm after his sudden departure?