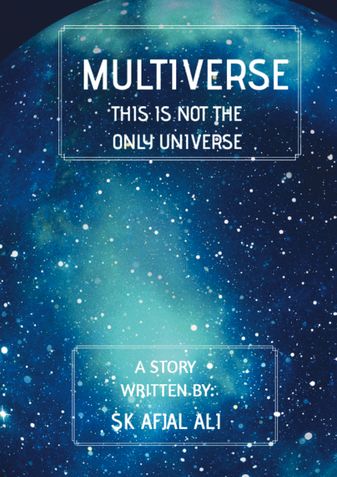 This is not the only Universe

The multiverse (or meta-universe) is a hypothetical group of multiple separate universes including the universe in which humans live. Together, these universes comprise everything that exists: the entirety of space, time, matter, energy, the physical laws and the constants that describe them. The different universes within the multiverse are called the "parallel universes", "other universes" or "alternative universe".Now we should go for the main story description: A 17 years old boy named 'Max von' who become more tetchy for his teenage negative effects & ignorantly made a big difference from his family, friends & his all-loving peoples. He forgets the meaning of relation, love & everything. He makes some evil deeds without feeling guilty & he did it again & again. Everything was such like as he would to make it. If some evil deeds make him happy so it's not too bad to do it. Maybe, everything will be happening like this as Max thought but that day was changed his whole life & world. when 'Max von' teleport to many universes mysteriously & find himself in many critical situations. At last, when he loses all hopes to come back to his universe, he realizes the meaning of own family, friends & everyone around him. Finally, there was an emotional happy ending so if you want to know how to max teleport to the multiverse & then what happens? even what happens at the end. However, it's your turn for losing into a "Multiverse".

Hi! I'm only a part of this world. I live in Calcutta, India, in a small village. But the thought of human beings can never be small; your thoughts are as far away as you can see. So increase your eyesight.

To say my hobby, there are a lot of things to say, it will not end. In fact, the mind of man is such kind of thing when it becomes a favorite thing that becomes a hobby, and then it becomes converted into habits. To be honest, a hobby is a myth that there is no connection to reality. Because anyone can do the hobby, for example, Climbing the Mount Everest at the top of the peak Without clothes, Returning to the bottom of the sea in one breath Or jump from a plane without any parachute. Which may be the hobby but how many fill in it?

If you want to get success in life, then make your hobby, your passion, and then the goal of your life. Then you will not be able to resist any obstacles. I will not waste time telling my hobbies, MY PASSION is being a good writer, I'm willing to write screenplay and script in the future. And in my opinion, all of us in this world must die, one who is born will die, but one thing will survive the era of age is 'YOUR NAME', so I want to make that name in my life.

Be the first one to write a review for the book Multiverse.

Technology and Me
Dr. Harimohan Pillai