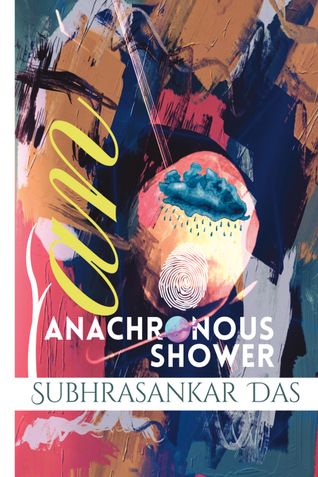 ⏺️ SUBHRASANKAR DAS , born on 1st May 1986, hails from Tripura, India. He is one of the most prominent figures of contemporary Indian literature. He is a bilingual poet, a postgraduate teacher by profession and a translator of distinct repute.

His poems are admired for their subtly, spontaneity, satire, symbolism and brevity.

He has translated some of the significant literary pieces of Shyamal Bhattacharya, Larissa Shmailao, Mario Santagostin, Linda Pastan, Trishna Basak, Padmasree Majumder and others.

Some of his poems are translated into Russian by Russian poetess Anna Halberstadt.

4) 'Deo nodir jol' by Padmasree Majumder ( yet to be published )

⏺️Subhrasankar Das has been the host of 'International webinar on War and soldierhood' and the official Curator of 'Poesia 2021' ( Organized by the Institute of Languistics of Russian academy of Sciences, Ministry of higher education, Russian Federation ).

He has been the Delegate of IMUN ( recognized by UNESCO, UNDP and Australian Embassy )

1. ‘SHADOWKRAFT’( The 1st International and multilingual webzine from NorthEast. It also has a few special printed editions.)

⏺️ Besides, he is a passionate music composer. Though he has not taken music as seriously as creative writing, his home-made productions are rich in lyrics, melody and innovation..

1. Flowershop on the corner ( RedPenguin, NewYork );

⏺️ He was interviewed by Arohon ( newspaper ), All India Radio and Akash Tripura (a popular Tv channel). Some of his poems are included in the Audio CDs produced by 'Eastern school of publications' and 'Souharda Kolkata'.

⏺️ He is the recipient of :

" Ekti IchchePuroner Golpo "( A story of wishfulfilment ) directed by the veteran dramatist Sri Nani Deb . The play was sponsored by 'National school of Drama', New Delhi.

⏺️ He is working on various projects for the upliftment of Northeastern Literature and for the sake of peace and creativity.

Be the first one to write a review for the book An Anachronous Shower ( New Edition ).