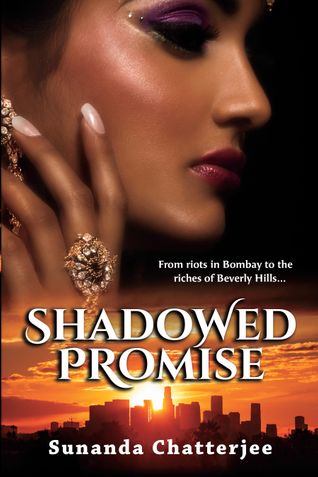 A sweeping saga of family secrets, romance, and politics...

Moyna’s cousin panted at the doorway, heavy with child. “Who did this to you?” her father shouted.

And Moyna knew that somehow she would be blamed for this unspeakable shame on the family. Her aunt blamed her for all the tragedies, from the death of Moyna’s own parents to the riots in Bombay. But, as her cousin lay dying of stab wounds, Moyna promised to protect the baby.

In a panic, eighteen-year-old Moyna made a hasty decision that would return to haunt her years later.

Bullied as a child, Sameer wants to make the world a safer place. He has spurned a cushy career in his father’s law firm for public service. Sameer is drawn to the mysterious Moyna when they meet in Los Angeles. The attraction seems mutual, but Moyna remains cautious and secretive about her past, insulating herself from love to protect others from her unlucky curse.

At the cusp of political victory, Sameer faces increasing gun violence and death threats leading to an FBI investigation. But his greatest challenge comes when a shadow from Moyna’s past threatens to destroy their future.

What hope do they have with the media hungering for a scandal?

A story of friendship, redemption, and forgiveness, Shadowed Promise is a journey from blind faith to triumphant love.

Freelance author, blogger, and ex-Indian Air Force physician Sunanda Joshi Chatterjee completed her graduate studies in Los Angeles, where she is a practicing pathologist. While medicine is her profession, writing is her passion. When she’s not at the microscope making diagnoses, she loves to write fiction. Her life experiences have taught her that no matter how different people are, their desires, fears, and challenges remain the same.

Her themes include romantic sagas, family dramas, immigrant experience, women’s issues, medicine, and spirituality. She loves extraordinary love stories and heartwarming tales of duty and passion. Her short stories have appeared in short-story.net and induswomanwriting.com.

She grew up in Bhilai, India, and lives in Arcadia, California with her husband and two wonderful children. In her free time, she paints, reads, sings, goes on long walks, and binge-watches TV crime dramas.

Be the first one to write a review for the book Shadowed Promise.

The Girl in The Cave
Jagdish Jagtap, IRS