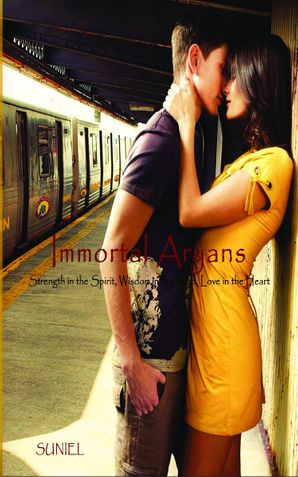 Strength in the Spirit, Wisdom in the Mind, Love in the Heart.

Strength, Wisdom & Passion - Mantra for Successful life. Amidst the congestion and chaos in the city of Mumbai there is still an enterprising and dashing Soul that thinks the city has all the ingredients and spices that makes Mumbai the place to live and flourish. If you have the spirit, conviction and the idea, Mumbai has the shoulders to lift your standard and make you affluent - the level you could perhaps only dream of. The mega city’s positive energy and extra ordinary strength of mind has won over many battles against the nature and the humans as well. Forget the bottlenecks, overpopulation and overdevelopment; Mumbai is the pulse of India that attracts the attention and the respect world over.

In the back drop of this mega city there lived a young boy named Rishi Aryan. His grandfather was the biggest influence on him. The senior Aryan’s experiences at East India Steel & Mining formed a backbone and learning lesson for young Rishi.

Rishi met various types of humans – positive with great ideas and wisdom and negative with egoism and vengeance - from the age of 15. His overseas holiday trips turned out to be the educational & counselling one that promoted him to develop into a strong, vibrant, dashing, cool and seductive but matured personality by the time he was 25.

Sapna became Rishi’s best buddy and he vouched for her as a genuine, trustworthy friend but she chickened out from the true bonding. Enter Ghazala! The search was over for Rishi as he thought he would live a steady and refreshing life with Ghazala. Her charismatic personality combined with dynamism, work ethics and temperament infused positive energy & flavour in Rishi’s life. He actually acquired quite a bit of business acumen from her and everyone knew Ghazala was a razor-sharp, headstrong & enlightened girl to just say yes to an affluent honcho.

Would Ghazala be Rishi’s sweetheart? Would she accept his marriage proposal? Would she? Won’t she? Who’s more blessed in the whole equation? Would Ghazala be the owner/director at RA Corporations? What if she plans to ditch Rishi last moment and play a devil?

Read and find out in this eventful, interesting and enlightening fiction.

Suniel is passionate about life. He’s an energized soul with bullish vitality and formidable endurance level. A Commerce Graduate from Jai Hind College in Mumbai he gathered his vision, flair and talent to venture into world of luxury goods, travel and holiday consultancy.

Be the first one to write a review for the book Immortal Aryans.