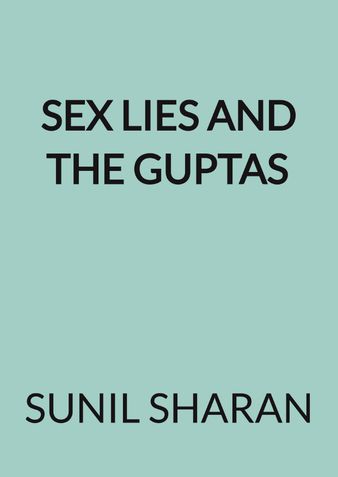 Sex Lies and the Guptas

Writing is in Sunil’s genes. His father, Lt. Col. B.R. Sharan, was a prolific writer whose books include Status of Indian Women: A Historical Perspective.
Sunil grew up in a home where five languages were spoken: English, Hindi, French, Punjabi, and Urdu. He has also learned German. With a gift for language and literature, Sunil won numerous prizes in school and university for writing and debating. A yearlong stay in France helped make him fluent in French.
Sunil has attended four universities around the world: Purdue University at West Lafayette, Indiana; the University of Illinois at Urbana-Champaign; the Ecole Polytechnique in Paris; and the Birla Institute of Technology and Science in Pilani, India. He has two master’s degrees, one in electrical engineering and the other in physics. At the Ecole Polytechnique, he pursued the Jean Monnet Program, which is considered the French version of the Rhodes scholarship. He has worked in the marketing departments of world-class companies including L’Oreal (in Paris), Dell (in Austin), and GE (in Atlanta). He was a prolific generator of marketing collateral and business proposals in these jobs, all of which honed his writing skills.
Sunil has published more than 250 opinion and research articles on politics, geopolitics, society, economy, and the military in such publications as The Washington Post, Fortune, Huffington Post, Canada’s National Post, The Times of India, The Statesman of India, The Tribune (India), Business Standard (India), Deccan Chronicle (India), Dawn (Pakistan), The Express Tribune (Pakistan), News International (Pakistan), and many others.
David Brooks, noted columnist at The New York Times, cited the author’s work in a September 2011 column entitled “Where the Jobs Aren’t.” The New York Times has also interviewed Sunil, as has Al Jazeera. The Atlantic magazine and the Aspen Institute have invited the author to speak at their annual conference, the Washington Ideas Forum, on how to reinvent the American dream. CNN, CNBC, and FOX have invited the author to their programs to talk about jobs and the economy.
Sunil’s book on the Indian prime minister, Narendra Modi, is going to be published by Bloomsbury in the fall of 2020. The book is entitled Modi 2.0: Beyond the Ordinary. Sunil’s book on the pandemic in India, Lockdown: India under Siege from Corona, has been published by RosettaBooks of New York.

Sex Lies and the Guptas

Be the first one to write a review for the book Sex Lies and the Guptas.