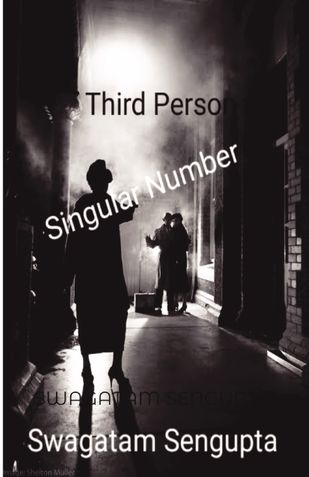 Marital and extra marital relationship is nothing, just a search of love and shelter . But today people feels to give the priority of money and lust, where love is misguided. Third person comes in everyone's life like a cold wind which helps us to take a comfortable breathe but it as per the situation it doesn't take a long time to become a storm. Expectation of love and possessiveness leads to make a person monster.

Swagatam Sengupta is a fiction novelist. He has completed his graduation from Kolkata, India, and after his graduation he started his career. Like our all shades of life, his job career has also lots of shades. At the beginning of his career he was in aviation industry, then as a real estate marketing manager and after that in a senior position in Banking industry.

But when he was in fifteen years of age, he started writing. From that period of time he was a drama writer in all India radio and he wrote lots of short dramas based on history of city roads, comedy, horror, mystery and thriller. He was awarded for recitation and story writing. He wrote lots of stories and poems in magazines and newspapers.

His Bengali poetry book Shabdohin shabdo (Soundless Sound) and a sentimental love story, based on a relationship of a father and a son, Rik- a confined little heart has been published internationally. His crime thriller The Chastisement and Eclipse of Mind is also published worldwide. He believes that his life has so many colors and every color carry a different story. So, writing is his passion, he doesn’t bother that how much he will earn and how his book become a best seller. He thinks that when your life will convert into the ink on the paper, then definitely this story will be interesting.

Be the first one to write a review for the book Third Person Singular Number.

The Adventure of SPIDER: The Mission "BLUE"
jagatsinh parmar