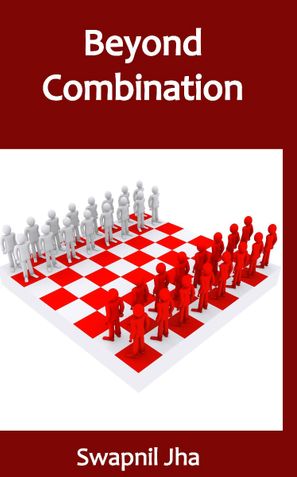 Hello everyone,
This book is all kind of fiction Adventure, Mystery, Horror, Historical, Superhero, Action, Suspense, Journey and Science fiction. My story is about all the heroes are combining. All of them thought that Sam is dead, all the part is dead but one of the parts is alive now. The part is Viscola, which was in beyond magic. Sam is in the stone again. Five years latter from the journey, Swapnil is going to stay with Juhi. The five years is the perfect time for changing everything. This is last of everything. This is last book of beyond series, where all the entire heroes is together for fight.
The heroic power was they come to save the earth from the past, present and future. This will be very fine fight between heroes and Sam’s groups. The epic battle is taken place. Swapnil’s team, Adawait’s team, Arrangg’s team, Sukh’s team and Chandragupta’s team is coming together to protect us from Sam. They form a power of beyond. So this book contain so must fight in between the evil and the good peoples. The story of vampire, werewolf and wizard are also here. The alien is back to help them. This is the final of everything.
It is continuity Beyond Immortal. They came together to fight with Sam and Viscola. The main hero of Beyond Series is Swapnil. He was immortal, smart and clever. Swapnil is in past and his friends is in present no. Means Sagar told them how they saved Chandragupta. They were in the story. The story complicate so they listen it properly. Sagar told them he got a new superhero named Agreeboy and then they defeated by Dr. K and Sam. They got freeze in ice. And then they got Sukh who was travelling time with the help of time machine. Sukh help them find Swapnil. Swapnil, Sagar, Sukh, Rahul, Gwen, Peter and more friends .meets Chandragupta Maurya and Chankaya. They heard Chandragupta and Chanakya wants to killed Dhananad. They will get a big room to stay. From there the story began.
This is battle between evil and good started now, Swapnil is now in the past because of Chandragupta Maurya. Swapnil don’t know, anything about him. Swapnil was just lived in palace of Chandragupta Maurya. His enemy Dhananad is now attacking on him. Is Chandragupta Maurya successful to be king of Madhya palace or he is not. Read this story and find out is Swapnil and his friends able to success in killing of Sam and his part Viscola.

Swapnil Jha is a very special and gifted kid. His battle with the cerebral palsy began as umbilical cord was disconnected from his mother. Inspite of his ongoing battle with life, he stands out as icon of inspiration for millions of children who are suffering from cerebral palsy and their family members. He hails from Madhubani, Bihar and currently lives in Goa with his parents. He is studying in B Sc and his favourite subject is computer. His writing career started at the age of ten with a few articles which were published in the newspaper. This book is a science fiction and he is also working on science – fiction. He practices OSHO meditations techniques which help him overcome his disability and lead a happy and normal life.

Be the first one to write a review for the book Beyond Combination.