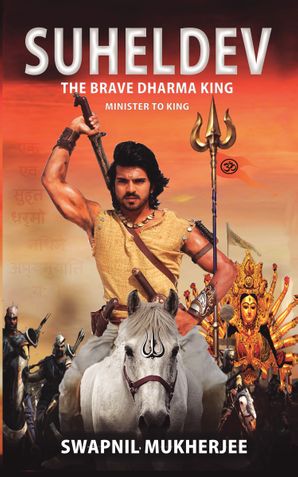 There were many small kingdoms, whose stories are fascinating and wrapped up with mystery. But with the course of time, it has failed to enroll its identity in the old yellow pages in our history. one such kingdom where people are proud of their linguistic identity and heritage. They do not need something extraordinary. But a good king.

The people of his historic kingdom have always dreamt of an Ideal King SUHELDEV The word 'Suhel' means kind in their language, and Dev means Devata or God. The Godly king who would fulfill their basic needs of life.

"It is better to have an empty throne than a cruel ruler."

- Who has the capacity and potential will become king, maybe he belongs to a marginalized section of the society or is very much poor - doesn't matter

- This insignificant moribund story of our unglorified history truly revolves around this concept. They need an Ideal ruler, not a ruler who would only continue a legacy.

This story does not have much spicy history to tell alike other which are engraved in our bloody pages. But every kingdom has its own story. This Kingdom also has its own story may not be glorified, but filled with turmoil and mystery. This Epic become more strong with the advent of SuhelDev.

Suheldev remained throughout the story like a semi-legendary character. He inspires people and always thrive what is best to Dharma, what is good for universal Humanity.

-Slowly after series of turmoils and political ups and downs, SUHELDEV came into the throne.

- Then the sudden night attack and days of Battle started. He single-handedly won the battle with his brain and courage

He was the true protector of Dharma.

"Dharma is the main companion who tails one even in death. Everything else goes to decimation alongside the body."

But the unsolved mystery in his part of the series is - Why He was Backstabbed?

More than reading this book as a story try to visualize it with the help of illustrations, with an artistic eye.

Note - This book is not meant for the profit motive. The royalties that will be received will be utilized for the benefit of downtrodden and marginalized.

Disclaimer -This is a work of fiction. Names, characters, business, events, and incidents are the products of the author's imagination. Any resemblance to actual persons, living or dead, or actual events is purely coincidental.

Be the first one to write a review for the book SUHELDEV: The Brave Dharma King.

Disciples of Jesus Christ to Make Disciples For ...
Theodore Andoseh