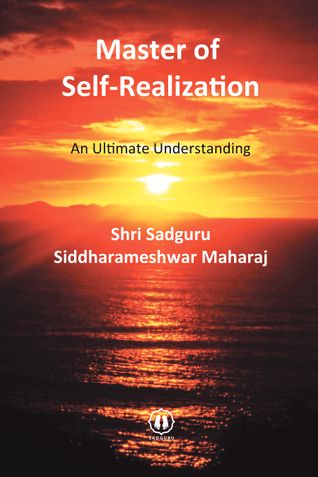 In this book is a collection of 130 talks that were given by Shri Siddharameshwar Maharaj, guru of Shri Nisargadatta Maharaj and Shri Ranjit Maharaj. The talks in this book were recorded and edited by Nisargadatta Maharaj and were originally published by him in two volumes in the Marathi language under the name of "Adhyatma Jnanacha Yogeshwar" in the years 1960 and 1961. The text was reprinted in the year 2000 at the insistence of Shri Ranjit Maharaj. Afterwards it was translated into English for this book, truly a modern day spiritual classic in its own right. Also included within the covers of this book is the text "Master Key to Self-Realization" which was authored by Shri Siddharameshwar Maharaj in the form of a methodical explanation of many fundamental principles of Advaita Vedanta and Self-Realization. The teaching found here helps the aspirant to form a solid foundation for understanding the fundamental principles of non-duality and in realizing one's True Nature. (431 Pages)

After his realization, Shri Siddharameshwar Maharaj began teaching that in addition to the path of long arduous meditation which is often referred to as "The Ant's Way," one can attain Final Reality very quickly through the path of "The Bird's Way," which is the path primarily of listening to the teachings of the Sadguru, as well as utilizing the power of discrimination (Viveka), combined with thoughtfulness and investigation into one's True Nature (Vichara). This is the most direct path to realization. He said that it is through thinking that Ignorance has become firmly established in one's Consciousness, and it is through thinking that Ignorance can be completely dispelled. His instruction as to how this is done is explained thoroughly within the contents of this text. Truly fortunate are those who come across these teachings in their lifetime. It is the voice of the Supreme Self, Paramatman that is found here in these pages. Shri Siddharameshwar Maharaj had many Self-Realized disciples. This book was originally written in the Marathi language by distinguished disciples of Shri Siddharameshwar Maharaj. May the one reading these words attain the realization of the Final Reality with the aid of this text by the Grace of the Sadguru, who is your own True Self.

Be the first one to write a review for the book Master of Self-Realization.

Yoga: Its Practice & Philosophy According to the ...
Ajai Kumar Chhawchharia