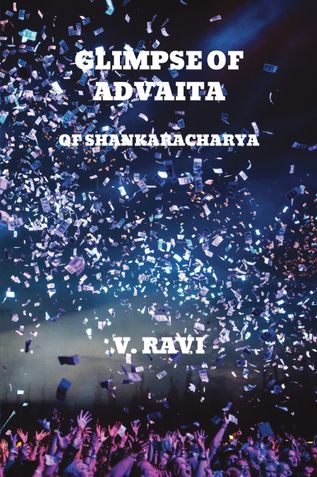 Advaita philosophy is considered as the supreme, as according to Advaita, Brahman alone prevails everywhere. There is no second in Advaita. Everything is the superimposition on the Brahman, giving rise to various shapes and forms. When one understands the appearance of the universe, as different from the Brahman is illusory in nature and the underlying factor is the Brahman, he is considered as a Self-realised person. But this thought does not occur when one begins to pursue the spiritual path. One may claim to be an advaitin, but in reality, he may not. He may understand the fundamental philosophy of non-dualism; but understanding is different and experience. Advaita says “I am Brahman”. If one simply repeats “I am the Brahman”, he does not become an advatin nor does he become Brahman. This is merely his statement. Only when his statement transforms into experience, he is said to have understood the true Advaita philosophy. Therefore, in the initial stages of spirituality, one is bound to feel the difference between the Brahman and his self. This happens because of ignorance. This ignorance can be dissolved not only by acquiring knowledge but also by personal experience. He has to transcend several stages and cross several impediments to ultimately realise, that Brahman and he are one. For this practice is essential. Practice is called sādhana. Sādhana can be explained as the practice that ultimately leads to the goal.

Tattvabodha says, “sādhanacatuṣṭayaṁ” which means practice is of four types. These four are 1. Discrimination between permanent and impermanent. 2. Renouncing the fruits of actions. 3. Six fold wealth. (They are – i. mind control, ii. control of external sensory organs, iii. observance of one’s dharma, iv. endurance of pleasure and pain, v. faith in the words of guru and Holy Scriptures and vi. single pointed attention.) and 4. Desire for liberation.

The four, discrimination, dispassion, six fold wealth and desire for liberation are the fundamental requirements to progress in spirituality. It can be observed that each one of them is interconnected. It is only the sensory organs that make a person to discriminate. Sensory organs are by default, associated only with the gross forms. Renunciation of fruits of actions leads to mind control. When the mind is not subjected to sensory afflictions, it begins to explore the inner Self. When mind gets used to the state of joy of looking within, it yearns for inner peace. When the mind is trained to look within, it will no longer get addicted to the external world. Training and taming of the mind against its inherent nature is surely a difficult task. But all these hurdles have to be crossed in stages, to be with the Brahman all the time and enjoy the state of inexplicable bliss. Spiritual progression always should happen in stages.

Be the first one to write a review for the book GLIMPSE OF ADVAITA.