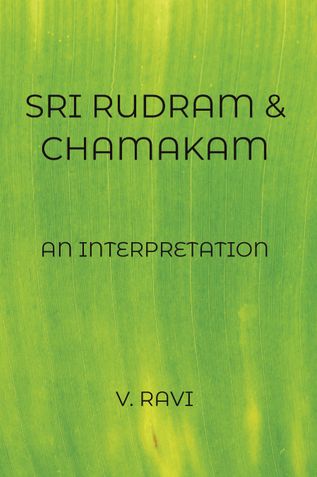 Śrī Rudram is considered as the heart of Kṛṣṇa Yajur Veda, because Śrī Rudram occupies the central part of Kṛṣṇa Yajur Veda. Out of entire Śrī Rudram, नमःशिवाय (namaḥśivāya), the Pañcākṣara mantra occupies the central point. Śrī Rudram is also known as Rudra Upaniṣad. It is called so because, recitation of Śrī Rudram removes our vāsanā-s (the impression of anything remaining unconsciously in the mind, the present consciousness of past perceptions), by imparting higher spiritual knowledge like Upaniṣad-s. It is also said that gods are satiated if Śrī Rudram is chanted and hence it is also called Śatarudrīya, which means one hundred ways of glorifying Rudra. If a tree is watered regularly, it grows with huge foliage. Similarly, if Śrī Rudram is chanted, all gods are pleased. Further, recitation of Śrī Rudram is considered as a remedy for all types of sins. References are available in certain Upaniṣad-s about Śrī Rudram.

Śrī Rudram is an exclusive gift of Kṛṣṇa Yajur Veda and only selected verses are found in Rig Veda. It is also known as “namakam” as it contains number of नमः namaḥ. There are 11 stanzas (anuvāka – division or subdivision of Vedas) in Śrī Rudram. These anuvāka-s are arranged in an order. In the first anuvāka is a prayer to an angry Rudra. Rudra is upset with those who did not obey His orders and in order to calm Him, prayers are offered to Him. Rudra becomes angry when adharma prevails over dharma.

Camakam makes tears roll down the eyes due to its wonderful formation producing rhythmic waves. Camakam follows Śri Rudram recitation. There are repetition of च ca after each word and hence it is called Camakam. It is also called vasordhārā, which involves continuous flow of ghee (clarified butter) into the yajñā fire, by reciting Camakam non-stop. Camakam is a prayer seeking riches and mental strength. There are 11 anuvāka-s and each word is followed by “च मे ca me, where ca means and/also; and me means me (I). It is important to note that all the prayers are only for the benefit of the individual concerned. From the ritualistic point of view, unless saṅkalapa is taken, benefits of these mantras will not accrue to others. However, benefits of listening to Camakam will always be there for others.

This book contains interpretation of both Śrī Rudram and Camakam.

Be the first one to write a review for the book SRI RUDRAM AND CHAMAKAM.