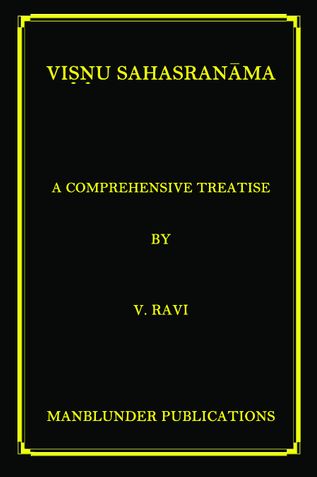 Vishnu means all pervading. Vishnu is the administrator of the universe. He puts in place, the laws of the universe and administers the universe strictly according to the law. He is a strict disciplinarian, yet highly compassionate in nature. He presides over all the seven planes of the universe. The abode of Vishnu is supposed to be the Supreme one. He has prescribed various paths through which one has to travel to reach His abode, the point of no return for a soul, known as liberation. He has been referred to in Vedas. Without Vishnu, no fire ritual is complete. He is quite often referred to as Purusha, the Supreme Soul. His famous sleeping posture on Ananta, the snake, who floats on the ocean of milk, is very well known. This posture is not merely a gross description, but has got subtle meaning. Ananta means infinite and the milk of ocean refers to the eternal bliss. He lies in the ocean of eternal bliss. Those who seek Him also enter the state of bliss at some point of time. He incarnates in different forms to destroy evil doers. His avatars occur whenever there is imbalance between morality and immorality. When immorality begins to dominate over morality He incarnates. His notable incarnations are Lord Rama and Lord Krishna.

The scene of unfolding this great Sahasranama happened in the great epic Mahabharata authored by sage, Veda Vyasa. Bhisma was lying on a bed made of arrows awaiting his death. At that time, he was meditating on Krishna. Knowing this, Krishna asked Yudhishthira (eldest among Pandava brothers and known for his righteousness) to seek spiritual initiation from Bhisma and also told Bhisma to initiate Yudhishthira. Yudhishthira asks Bhisma kimekam daivatam loke meaning who is the Supreme Lord of the world. Bhisma replies by saying, that the purest, the most auspicious, the chief among the gods and the father of all the beings is the One who is Supreme, referring to Lord Vishnu. This conversation appears in the prrvabhag of this Sahasranama. The spiritual initiation of Yudhishthira by Bhisma is Vishnu Sahasranama. Krishna was also present when this happened and this Sahasranama was blessed by the Lord Himself.

Vishnu is also known as Narayana. Garuda Purana (III.24.54, 55) explains the etymological meaning of Narayana. “As He is the resort of merits and demerits and as He abides in the waters of ocean, He is called Narayana. Water is also called nara (probably meaning cosmic water); as His Abode is water, He is called Narayana.” Vishnu is the most auspicious form of the Brahman. He is not only invoked during auspicious occasions, but also while performing funeral rites. At the time of conclusion of all rituals, the effect of the rituals are surrendered to Vishnu.

Be the first one to write a review for the book VISHNU SAHASRANAMA.