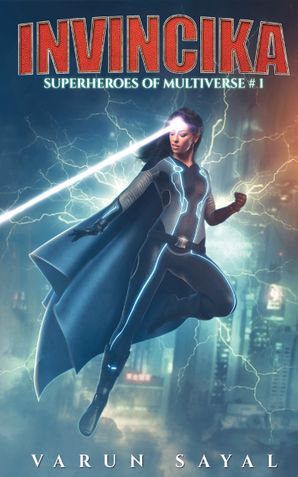 She tries to save the world ...

Ulka trained besides the Sigma, but unlike them, her powers remained dormant.

Until a ballistic weapon finally awakened her hidden abilities and flipped her world upside down.

As Ulka struggled with her new found powers, a Magnetar raced toward earth, causing tides, volcanoes and tremors. The super-humans sent to counter the Magnetar never returned, and Ulka is the world’s last hope.

Even if she succeeds, there’s a much bigger threat lurking in the shadows, waiting to unleash a fate worse than death.

If you like superhero stories with riveting action sequences, you will love this first book in the series.

Varun Sayal is a Data Science manager living in Redmond, Washington. He grew up in India on a steady dose of fantastical tales from ancient Indian scriptures. His genre of writing is science fiction and fantasy, blended with Indian legends and mythology. In his own words:

I live by the quote, 'a true art calms a disturbed mind and disturbs a calm mind.'

Be the first one to write a review for the book Invincika.