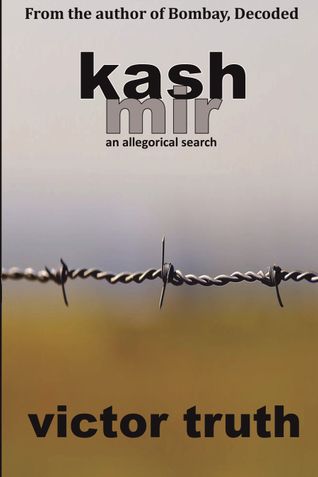 Since the dawn of civilization, humans have been fighting.
For Land, For Water, For Air, For Light,
For Life, For Love, For Everything.
And for the Love of Everything!
Fighting to split everything in two.
This is a tale of one of the two.
Of Split Land, Split Love, Split Hatred,
Split Fear, Split Hope, Split Courage and Split Retribution.
In essence, everything Human.

PREFACE
In this book about Kashmir, and more, I have abstained, as much as I could, from writing in detail about the origin of the issue, the development and ultimate escalation of the strife, as this is neither a chronicle of history nor an account of militants and paramilitary actions. I have attempted to unearth different perspectives of lives beneath the mire, and ultimately the core nature of humans, well concealed under centuries of evolution, development, civilized societies, and a quest to be God.
I deploy Magical Realism and Allegories, to fuse fantasy into the real crumbling world of Kashmir, to portray the transparency of main characters and how we, humans, are in essence, identical.
I wanted to play this story out like a play (pun intended), so please excuse me if at times it meanders in that genre; monologues, soliloquies, and dialogues flow without any 'real' action. Nevertheless, action happens, for most parts, outside the narrative. Additionally, the sly character of Time will take you on philosophical sermons.
To conclude, this book, blasphemous for not falling into any particular genre, may not appeal to all. However, that in itself is a success, for even humans do not fall under any. Do they?

Victor Truth is a short story/skit author, novelist, and award winning article writer. Although a management consultant by profession, he has an eternal passion for writing.
Victor has been scribbling since he was thirteen years old - when his first hand scrawled fortnightly magazine found its way into his kid siblings' hands. Followed by scripts/ stories that were devoured by his school mates, skits that made it to school / college stages, and articles / flash fictions that featured on competitions.
Victor had the good fortune of being raised in Mumbai - the city that never sleeps...His debut novel Bombay, Decoded, a first of its kind World War II genre fiction for young adults, is a fitting tribute to the city of Bombay, its spirit, its will and its heart.
When he is not writing, he is busy spending time with his wife Tina, and their two boys. Occasionally, he visits local schools to read children’s book to kids.

Be the first one to write a review for the book kashmir.

A Second Defence of the Monotheistical System of ...
Ram Mohan Roy