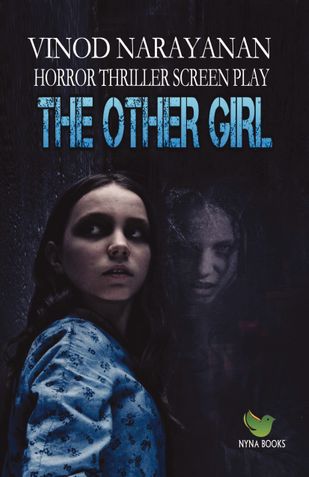 The Other Girl Horror Ficion

The living and the dead spirits will travel with us without the biological nerve of the body, moving along the path of the illusion of the mind. Many people know the presence of spirits in many ways. The Magical World is haunted by the phenomenon of modern science being called the duel personality. This psychological suspense horror thriller screenplay seeks to answer the question whether the ghost is a tricky or real thing about human mind.

Vinod Narayanan is an Indian author. He was born on March 24, 1975 at Thripunithura in Ernakulam district, Kerala state in India. His father Chottanikkara Velumbarambil Narayanan and his mother Thrippunithura Eroor Vaniyathuparambil Omana. He studied in Chottanikkara Govt Arts College and Thripunithura Govt College. After graduating in history he became a journalist. Now he is an independent writer and screenwriter. Five short films were scripted and screened in various international film Festivals and won awards.

The Other Girl Horror Ficion

Be the first one to write a review for the book The Other Girl Horror Ficion.

I See You
Aindrila Roy