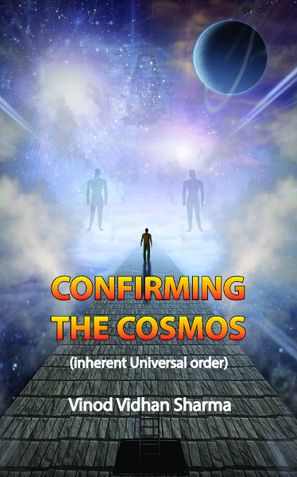 Its an agnostic's tryst with new age spirituality. Confronted with a personal crisis he finds himself helpless, as every known approach till then raises its hands. Meanwhile, previously unknown or much avoided realm of spirituality appears at the distant horizons, with all the proposed solutions. Finding the purely subjective realm infused with new age objectivity, he steps (ankle deep) in new waters, only to find himself completely immersed soon after.

The new realm links everything from climate change, economic crisis, deteriorating world order to personal problems with single root cause "human selfishness touching its peak". According to wisdom traditions, every action or energy needs to be balanced with time. Before the year 2012 we were in a phase where ego (kind of subtle energy fostering division) dominated over sense of unity among human beings, therefore flourished and reached its zenith. After 2012, divine energy (kind of subtle energy fostering unity) will dominate over ego, to maintain overall balance, inherent in the Cosmos. And all the turmoils (on larger scales) or obstacles (in personal lives) are basically placing a full stop to previous mindsets or ways the world worked. Therefore the only solution to any logjam is "inner rather than outer growth".

But being a logic oriented mind, he longs for objective facts (confirming all the claims of spiritual realm). Meanwhile a spiritualist friend of his ushers in the concept of "Signs" to verify the same. The signs, he proposes, are the synchronous physical events in daily life, which are pregnant with the messages from the inner world of spirits.

To confirm objectively all the claims through signs he embarks upon the pilgrimage (as the frequency of signs increases on the move). The journey lasts for 20 days, covering 10000 KMS across the lengths and breadths of the country. While paying obeisance to all the twelve Jyotirlinga (Lord Shiva temples), he is faced with some intrigue events (or say orchestration of divine forces). All these events or signs play out to confirm "Universe is a holographic projection of individual self, everything "in here" is projecting as "out there". Therefore the deteriorating world order or personal crisis out there are basically a projection of selfish tendencies reaching their peaks in human beings. And hence the solution "For any change be a change".

Vinod Vidhan, born on 31st may 1975, is an engineering graduate and works in IT sector.

Be the first one to write a review for the book Confirming The Cosmos.

From Chaos To Rose
Inder Arora