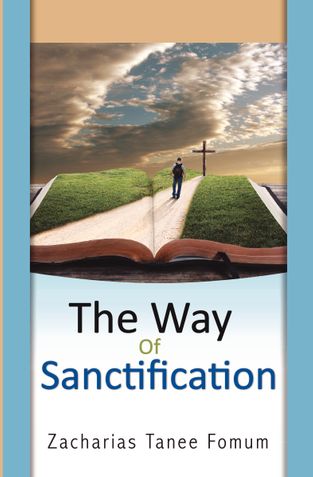 The Way of Sanctification

The life of a believer in which sin reigns is subnormal.

The contents of this book are fundamental. God calls all who are His to a sanctified life. However, many believers find themselves bound by sin. They are like Lazarus walking out of the tomb with life, but in bondage.

In this book, we have attempted to show as clearly as we can, the way to deliverance from sin. We do not believe that anyone can be as sinless as the Lord Jesus was while in this body of flesh, but this state is already accomplished in the Lord Jesus and therefore, we can be delivered once and for all from the bondage of sin. We also see that this deliverance, though entered into as a crisis, must be maintained daily by a very close walk with the Lord, in full co-operation with Him, by the use of the sanctified mind.

The Psalmist asked, “How can a young man keep his way pure?” He provided the answer as follows, “By guarding it according to thy word. With my whole heart I seek thee, let me not wander from thy commandment! I have laid up thy word in my heart, that I might not sin against thee. Blessed be thou, O Lord; teach me thy statutes! With my lips, I declare all the ordinances of thy mouth. In the way of thy testimonies, I delight as much as in all riches. I will meditate on thy precepts, and fix my eyes on thy ways. I will delight in thy statutes; I will not forget thy word” (Psalm 119:9-16).

We believe with him that daily Bible study and prayer (The Quiet Time) is indispensable in maintaining the sanctified life which is first entered into by faith in the finished work of Christ.

Holiness is not just the absence of sin. It includes conformity to God. Sanctification is an aspect of holiness. Our prayer is that the Lord will use this book to work out sanctification in many lives and that many will attain unto “the holiness without which no one will see the Lord.”

The Way of Sanctification

Be the first one to write a review for the book The Way of Sanctification.