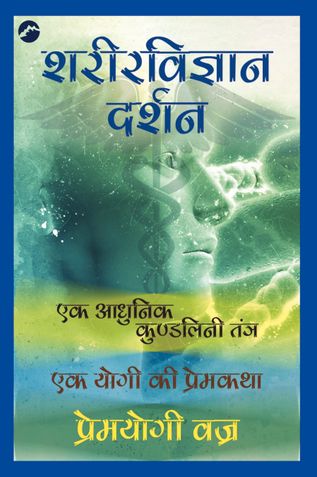 Premyogi Vajra was born in the year 1975 in a small village situated in a beautiful basket valley of Himachal Pradesh, India. He is naturally fond of writing, philosophy, spirituality, yoga, folklore, applied science and tourism. He has also done commendable work in the field of animal husbandry and veterinary medicine. He is also fond of polyhouse farming, organic farming, scientific and water-saving irrigation, rainwater harvesting, kitchen gardening, cow rearing, vermicomposting, website development, self-publishing, music (especially flute playing) and singing. He has also written about ten books on almost all these subjects, whose description is available on Amazon Author Central, Author Page, Premyogi Vajra. The description of these books is also available on his personal website demystifyingkundalini.com. He was also a Vedic priest for a short time, performing rituals in people's homes with the help of his Vedic priest grandfather. He has got some advanced spiritual experiences (enlightenment and Kundalini awakening). His autobiography along with his unique experiences has been specially shared in the book "Sharir Vigyan Darshan - Ek adhunik Kundalini Tantra (ek yogi ki premkatha)". This book is the most important and ambitious book of his life. The life philosophy of the most important 25 years of his life is covered in this book. He worked very hard for this book. Also, he got some help from a veterinary graduate for knowledge of technical aspects of physiology. A quality and unbiased review on amazon.in has reviewed this book as a five star, best, must-read book by all and excellent. This book also got five stars in the review of Google Play Book, and this book was rated as good (cool) and full of quality. Premyogi Vajra is a mysterious person. He is like a polymorph, which has no definite form of its own. Its actual form depends on the shape and type of samadhi he is having in his mind, however it may appear to others as from outside. He is also enlightened, and his Kundalini has also been awakened. He had realized enlightenment naturally / through Premyoga, and Kundalini awakening was realized artificially / through Kundalini yoga. At the time of natural samadhi, he got the help of symbolic and equivocal tantra yoga, while during artificial samadhi he got the help of complete and asymmetrical tantra yoga, mostly from his own efforts.
For more information, please visit the following location-
https://demystifyingkundalini.com/

Thoughts on Sandhya Vandanam
B Mahadevan