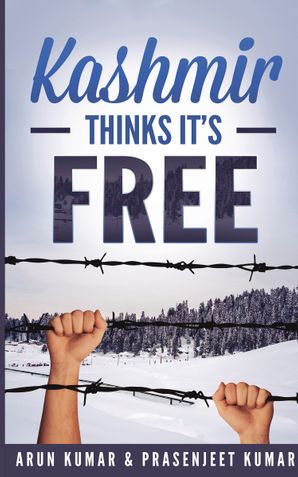 April 2022: India has walked out of Kashmir and made Kashmir FREE.

Kashmir finally has what its stone pelting mobs have apparently been demanding for such a long time.

What does Hasina Ittoo, its chief minister “promoted overnight” as prime minister, do? Beg India for a Bhutan like status with the Indian Army defending it; or request Pakistan for a similar status as that of its so-called region of “Azad Kashmir”?

What does India do: treat Kashmir like Bhutan or Nepal with free trade and visa-free movement of people or treat it like Pakistan with massive restrictions on everything imaginable?

And how do the Kashmiris carry on with their daily lives? Where from do they get their food supplies, electricity, petroleum products, medicines, car parts, building material, and every such item of daily use? Which airline and mobile companies now service them? Which currency do they use now: Indian, Pakistani, or both? Who pays now for the bloated bureaucracy of Kashmir? Pakistan?

Does Shehla Kaloo, the firebrand Kashmiri feminist, succeed in turning Kashmir in to a neutral but prosperous Switzerland? Or, does she yield to popular sentiments in favour of a Sharia-governed Islamist society?

KASHMIR THINKS IT’S FREE is that fictional, what-if peep in to a not-too-distant future when Kashmir attains freedom from India.

Spread over 47 chapters, this astoundingly realistic and edge-of-the-seat politico-bureaucratic thriller will grip you by the throat and shake you to the core when you finish its almost 70,000-words of pure adrenaline rush.

As an Indian Administrative Service (IAS) officer of the 1979 batch of the Jammu and Kashmir cadre, who has served the nooks and crannies of J&K for over 37 years, lead author Arun Kumar believes he’s more than qualified to do justice to this thrilling plot. Co-author Prasenjeet Kumar brings his formidable experience of writing 30 books (of which 60 titles are now translated in to six international languages) to tighten up the story and to bring out its human and social dimensions.

Dr. Arun Kumar is an ex-Indian Administrative Service (IAS) officer of the 1979 batch of the Jammu and Kashmir cadre. His last posting in J&K was Vice-Chairman and Director General of the Jammu and Kashmir Institute of Management and Public Administration (IMPA).
Dr. Kumar holds a graduate degree in Economics, a postgraduate degree in International Studies from the Jawaharlal Nehru University, New Delhi, and a Ph.D. from IIT Delhi in Energy Studies.

During his over 37 years stint in the IAS with the Government of India as well as the Government of Jammu and Kashmir, Dr. Kumar has held numerous assignments related to education, energy (both conventional and renewable), environment, rural and urban development, food and fertilizer distribution, consumer goods marketing, and anti-poverty programmes in both rural and urban areas.

Dr. Kumar is well-known for his outstanding contribution to professionalizing and modernizing the functioning of two world famous Shrine Boards viz. Shri Mata Vaishno Devi Shrine Board (SMVDSB) and Shri Amarnathji Shrine Board (SASB). As Chief Executive Officer of both these Shrines for over six years from May 2002 to June 2008, Dr. Kumar oversaw management of a corpus of over Rs. 5000 million, the implementation of an annual budget of over Rs. 2000 million, and the supervision of over 2200 employees to optimally serve the interests of over 10 million pilgrims visiting these shrines every year. He is the one who introduced helicopter services for both these shrines and electric buses for Vaishno Devi.

Prasenjeet Kumar is the author/co-author of over 27 books in four genres: Fiction, motivational books for introverts (the Quiet Phoenix series), books on Self-Publishing (Self-Publishing WITHOUT SPENDING A DIME series) and cookbooks (Cooking In A Jiffy series). His books (55 titles so far) have been translated into French, German, Italian, Japanese, Spanish, and Portuguese, and sell in over 50 countries.

Prasenjeet is the self-taught designer, writer, editor and proud owner of the website cookinginajiffy.com which he has dedicated to his mother. He also runs another website publishwithprasen.com where he shares tips about writing and self-publishing.

Be the first one to write a review for the book Kashmir Thinks It's Free.

The Science of Words
Gajendra Thakur