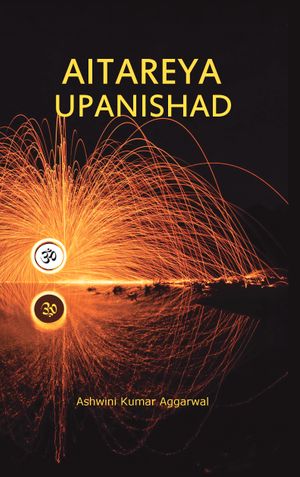 Aitareya is one of the earliest Upanishads and is attributed to sage Mahidasa Aitareya. It consists of five sections, viz. sections 21 to 25. These sections form the 4th, 5th, and 6th chapters of the 2nd part of theRigveda Aranyaka.

*Young Student = one who is yet being cared for by parents.
*Householder = one who is in the thick of earning, raising a family, or actively engaged in society.
*Retired = one who is out of the grind and living on savings.
*Sannyasi = one who is free in mind and light at heart.

These four phases are not separated in time or by age. These may occur in any order in a man’s life, sometimes concurrent, sometimes distinct. One may have the Sannyasa experience earlier and get thrown into the Householder struggle later. It happens. The key point to understand is that these are states of the mind, heart, intellect and emotion, and one’s relationships in society.

Using simple yet elegant words, the Rishi narrates the story of creation from the Big Bang onward. The complete paraphernalia for its functioning is described, also the biology of man’s birth. An incisive statement is made that points to the undeniable fact “Opposite Values are Complementary in Nature”.

Giving the example of sage Vamadeva who attained enlightenment, a devotee is inspired and empowered to embark on an inward journey…

Ashwini is with the Sri Sri Ravi Shankar Ashram based in Punjab.
He loves to practice Yoga, perform Homa, study Sanskrit and
be at home.

Be the first one to write a review for the book Aitareya Upanishad.