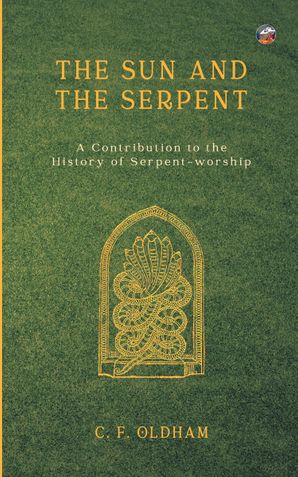 The Sun And The Serpent

A Contribution to the History of Serpent-worship

This is a reformatted edition of the 1905 book and has been developed from different copies of the original work. In this, we have retained the original text along with all the illustrations of the earlier work.

"This work, which is based upon papers read before the Royal Asiatic Society in 1901, was, at first, intended to refer only to Indian Serpent-worship. It was soon found, however, that the Serpent-worship of India did not originate in that country, but was, in fact, a branch of the worship of the Sun and the Serpent, which was once well-nigh universal. It became evident, therefore, that a history of the Indian cult would go far to explain the nature and origin of serpent-worship, in other countries and in other times.

It will be seen that some of the views, expressed in this volume, differ from those which have been held by some Oriental scholars of great eminence. These views, however, have not been put forward without due consideration. They are the result of much reflection, observation, and inquiry, combined with a careful study of local tradition and folklore." - excerpt from the Preface

The Sun And The Serpent

Be the first one to write a review for the book The Sun And The Serpent.

Self healing -Path to your Soul
smrati sharma