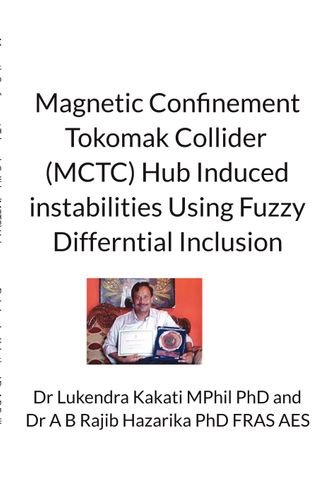 Dr.A.B.RAJIB HAZARIKA, PhD, MIAMP (GERMANY), FRAS (LONDON), MWASET,AES Born in Jammu, India on 2nd July 1970 ,did PhD in 1995 in Mathematics with specialization in Plasma Instability from Jai Narayan Vyas University, Jodhpur, Rajasthan as Junior Research Fellow, University Grants Commission(NET) and then Senior Research Fellow(UGC,NET) at the time of completion of PhD in 1995 which won the Best Thesis award from Association of Indian Universities, New Delhi in the year 1998.He was Post-Doctoral Fellow and worked as a Research Associate in the Plasma Physics Division, Institute of Advanced Study in Science & Technology, Guwahati, India. He is a Fellow of Royal Astronomical Society (FRAS), London. He is a member of Scientific & Technical committee and Editorial review board on Pure and Applied Sciences of World Academy of Science, Engineering &Technology. He is a member of Advisory committee on Mathematic Education of Royal Society of London, also member of International Biographical Centre in Cambridge, UK. Currently works as Assistant Professor, Department in Mathematics in Diphu Govt. College in Diphu. He is a gazetted officer of Assam Education Service, AES-I of Government of Assam. He is busy in teaching and research for last 27 years.He has published many papers in international journals and is member of 23 professional academies of international level. Under his supervision two students did MPhil in Mathematics. He has won “Leading Scientist of the world -2010” award from International Biographical Centre, UK His current interest lies in Astronomy, Astrophysics, Geophysics, Fusion Plasma, and innovation of fusion devices, design of fusion devices, simulation codes .Recently published book on EV theory, Quantum dots long term evolution for mobile telephony, ABR quantum gate design and architecture along with theory of ABR quantum gate.


Dr. Lukendra Kakati completed his M.Sc. in applied Mathematics from Gauhati University, India in the year of 1997 and continued his service as faculty of Mathematics and Statistics in Lanka Mahavidyalaya , Lanka, Assam, India since 1999. He had done his M.Phil from Periyar University, Salem, India in the year of 2009 with specialization to Plasma Physics and Fuzzy Differential Equations, and further he had awarded PhD by Assam University, Silchar, India, ( a Central University under Govt. of India ) for his thesis Mathematical Modeling of Blood Flow through Non-Uniform Arteries with emphasis to Cardio Vascular Diseases with or without Magnetic Field in 2019. Also, he had attended many National and International Seminars /Conferences and presented research papers. He has 20 years of experience of teaching to undergraduate students both in Mathematics and Commerce.

Be the first one to write a review for the book MAGNETIC CONFINEMENT TOKOMAK COLLIDER (MCTC) HUB INDUCED INSTABILITIES WITH FUZZY DIFFERENTIAL INCLUSION(FDI).

Other Books in Science & Technology