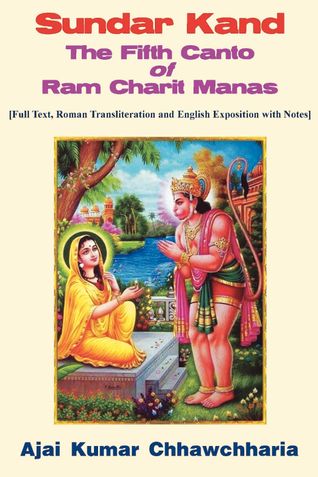 The ‘Sundar Kand’ is the fifth Canto of the classical epic story of the Ramayana that is known as Ram Charit Manas by Goswami Tulsidas. It commemorates the following four landmark events in the story of the Ramayana: (i) The crossing of the ocean by Hanuman; (ii) Hanuman meeting Sita; (iii) The burning of the city of Lanka; and (iv) Vibhishan, Ravana’s younger brother, coming to seek refuge with Lord Ram, and he being warmly welcomed and accepted by the Lord.
The Sundar Kand symbolizes the dawn of hope after a dark night of hopelessness and despair, because it is in this Canto that Sita is traced by Hanuman after Lord Ram had lost all hopes of finding her, thus instilling hope in the heart of both Lord Ram and Sita that they would now be united once again. It is also here that Vibhishan, the brother of Ravana, too finds a way to his freedom and redemption from the evil of being called a demon by the virtue of his birth in this race, because he goes to surrender before Lord Ram and is warmly welcomed by him.
It is often used independently for the purpose of recitation on auspicious occasions during religious functions and festivals as it recounts the glories of Hanuman, the hope of Sita that she’ll soon attain deliverance from her profound miseries, and the redemption of Vibhishan, the brother of the demon king Ravana, who was warmly welcomed by Lord Ram when he came to surrender and seek the Lord’s refuge.
Sundar Kand evokes the virtues of auspiciousness, hope and salvation amid an environment of hopelessness, gloom and despair.

Be the first one to write a review for the book Sundar Kand.

SHIVI AND HER WILL
Saija Dasari