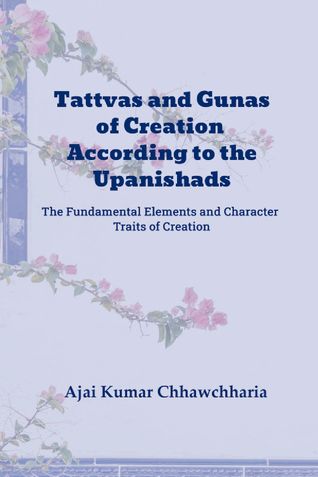 Tattvas and Gunas of Creation According to the Upanishads (eBook)

The Fundamental Elements and Character Traits of Creation

This Book deals elaborately with the esoteric concept of the Tattvas and Gunas of this Creation as enunciated in the Upanishads. The word ‘Tattva’ means the fundamental elements of creation that serve as the building block of the entire universe which is infinitely vast and multifarious in dimensions, and the word ‘Guna’ refers to the basic qualities that are inherent in all aspects of the same creation and determine its character and nature. The Upanishads, which are singularly excellent repositories of metaphysical knowledge, have dealt with these twin concepts in fine detail. In our Book we will be reading about the different types of Tattvas and Gunas, about their many variations and connotations, how they determine the nature and character of this vast and multifarious Creation by the virtue of their being its basic building blocks, and many other fascinating things pertaining to them as enunciated in the different Upanishads that deal with these two esoteric metaphysical principles. This Book will therefore enable us to get a comprehensive and an authentic idea of what constitutes the Tattvas and the Gunas.

Ajai Kumar Chhawchharia left home when he was approximately 29 years of age due to an inner call of his heart that told him to devote his life in the service of his beloved Lord God, Sri Ram. Worldly attractions did not enchant him at all. So, he didn’t marry, and after his father’s death he came and settled permanently in Ayodhya, the holy town in India associated with Lord Ram. Presently he works as an honorary manager of a world famous Kanak Bhavan Temple at Ayodhya, and spends his time writing in English so that the world can access the wonderful nectar of metaphysical, spiritual and devotional philosophy that is contained in Indian scriptures for which they are so renowned. His series on 108 Upanishads in English, together with Veda Vyas’ Adhyatma Ramayan & Devi Puran Ramayan, and Valmiki’s Adbhut Ramayan have been published by a reputed publisher of India. Details can be had by contacting the author by email given below. The rest of his Books are in various stages of production. Genre of Writing: Spiritualism, Philosophy, Metaphysics, Religious, Devotional and Theological. The Books that are listed below:- (A) (1) The Chariot of God: Dharma Rath; (2) OM and Naad; (3) YOGA—Its Practice and Philosophy according to the Upanishads; (4) Ram Geeta; (5) The Revelation of Creation—as envisioned in the Upanishads; (6) The Pentagon of Creation: As Expounded in the Upanishads; (7) The Triumvirate of Creation; (8) Maya: The Whirlpool of Delusions in Creation; (9) Surdas-Ram Charitawali; (10-a) The legend of Lord Shiva: Book 1 ‘Lord Shiva’s marriage with Parvati’; (10-b) Book 2 ‘Lord Shiva’s Sacred Hymns’; (10-c) Book 3 ‘Shiva’s different names & their significance, Shiva Puran, Upanishads’; (11) the Mahavakyas of the Upanishads; (13) Lord Ram’s marriage with Sita (based on Tulsidas’ books “Ram Charit Manas”, “Janki Mangal”, “Ram Lala Nahachu” & “Geetawali”, and sage Veda Vyas’ book “Adhyatma Ramayan”; (14) “Anthology of Sacred Hymns, Stotras & Mantras of Lord Ram”; (15) “Vairagya Shatkam” of king-sage Bhartrihari; (16) An Anthology of the Sanyas Upanishads. (B) Goswami Tulsidas Series: (1) Book 1- ‘Dohawali’; (2) Book 2- ‘Parvati Mangal’; (3) Book 3- ‘Kavitawali’; (4) Book 4- ‘Janki Mangal’; (5) Book 5- ‘Ram Lala Nahachu’; (6) Book 6- ‘Geetawali Ramayan’; (7) Book 7- ‘Vairagya Sandipani’. More books will be added as they get readied. Contact details of Ajai Kumar Chhawchharia— Postal address:-36-A, Rajghat Colony, Parikrama Marg, P.O.—Ayodhya, Pin—224123, Distt. Faizabad, U.P. India. Phone:—(India) +919451290400; +919935613060.

Tattvas and Gunas of Creation According to the Upanishads

Be the first one to write a review for the book Tattvas and Gunas of Creation According to the Upanishads.