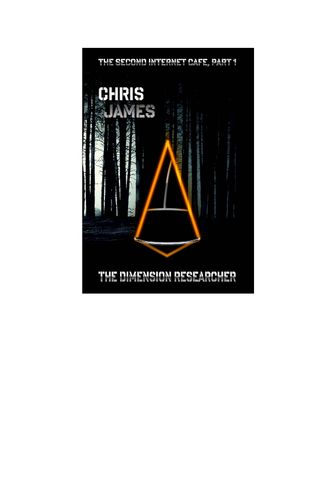 “If you can sense the alternate realities you create every time you act, or omit to act, then I offer you a challenge: pit your imagination against my reality.”

Lucas Hunter has the best job in the universe: exploring and investigating alternate realities. He works at the cutting edge of the temporal archaeology carried out by the Second Internet Café - the world’s most advanced scientific research facility. Here, scientists have unlocked the ultimate secret: time travel is possible, to all histories except our own. But other nations are jealous of Europe’s scientific achievements, and plot to shut down the Second Internet Café.

After years of preparation, Lucas finally qualifies as a dimension researcher. But from his first jump to an alternate reality, he realises something is wrong. A strange American is chasing Lucas across the continuum; from Soviet Warsaw in 1944, to Muslim-dominated Europe in 1911, and on to Nazi-controlled England in 1967. Lucas soon understands that his superiors have betrayed him, and that the impossible has happened: a time paradox has been created.

As the Second Internet Café’s enemies in our universe bring their plan to fruition, Lucas must struggle to understand a miasma of lies and half-truths, to try to avert the world’s first trans-dimensional war.

Chris James is a 40-something writer who has so far published two full-length Science Fiction novels, and is currently writing his third. His writing schedule extends to his next three full-length novels and beyond. In his spare time he tries comedy: so far he has written and published a comedy/picture book called The B Team and Me, or How five adorable puppies nearly ruined my life, and has written one feature-length rom-com screenplay, called The Renewable Assignment.

In addition, Chris is proud to be a regular contributing columnist for Indies Unlimited, an outstanding and high-profile site dedicated to supporting Independent Authors, and here on his own blog he is given to venting by writing articles and columns that strike a chord with him and, hopefully, his readers. Chris enjoys interacting with his readers. Around this site you can find video journals and Keeks (short videos), and, on any article or other post, you can leave a comment – Chris would be delighted to hear your opinion.

Chris lives in an agreeably anonymous – and nicely forested – suburb of Warsaw, Poland, with his wife and three children; so if he does offend anyone, he can be reasonably sure of remaining unfound.

Be the first one to write a review for the book The Dimension Researcher.