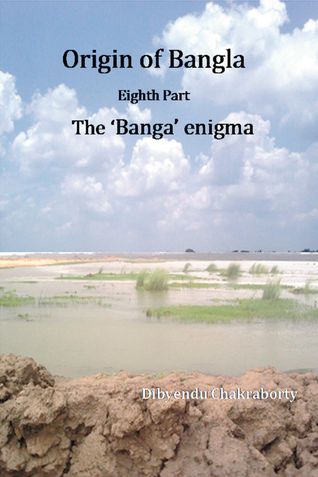 Europeans have known since time immemorial that somewhere in the east there is a country where the River Ganges flows. Ptolemy’s world map gives testimony to that. Many more, even older references, may be mentioned in that regard. Before the advent of Jesus Christ, some Europeans wrote first-hand accounts of that land. The Greek and Roman empires met the destiny that every empire meets eventually. Subsequently, Europe plunged into a chaotic phase that led to the free downfall of that society.

When Europe regained itself once again and started its journey into what we call ‘modern times', at that time, unfriendly empires emerged between Europe and the land of the Ganges. That probably made the land route not that acceptable for travel and communication. Moreover, by that time, because of technological advancements, land travel had proved to be much less of an acceptable option than maritime travel.

For various reasons, the land of the Ganges has been something that has attracted the world towards it since time immemorial. It is said that the description of that land's wealth piqued the interest of modern Europeans. The word ‘wealth’ assumes various dimensions depending on the person making the judgment and the angle of consideration.

Through maritime routes, modern Europeans circumvented the African continent from west to east, just before the end of the fifteenth century. It was not long before the Europeans arrived in India. Similar to what happened in Africa, all the countries of Western Europe made themselves present in India. However, they could not reach the true ‘land of the Ganges’ until they reached the Bengal Basin.

It is said that 17 people successfully ousted the last Hindu ruler of the Bengal Basin. After the passage of five hundred years since then, it did not take much greater strength to oust the last Muslim ruler of Bengal, Bihar, and Orissa either. The British got the chance to start ruling a significant portion of the ‘land of the Ganges’ before they placed themselves at the helm of the affairs of the whole country, i.e., India.

Ultimately, in that land, they came to know about some ancient literature that started writing a new chapter in history. That chapter was probably untended and unthought-of in their initial planning, i.e., the fulfilment of their primary objective of making money.

In their endeavour to delve as deep as possible into the ancient texts of India, the Europeans started unearthing an almost forgotten civilization. The understanding of the existence of that civilization was restricted to only a few residents of that land. The Europeans made an enormous effort to tie up as many loose ends as possible to erect a structure that might represent the forgotten past of India. They succeeded to some extent. Their success was much more in the area of putting ancient, fragmented texts of that land together than in deciphering the intended meaning of those texts. Much of the help in understanding the true meanings of those texts did not come from the Indians either. Whatever progress could be made was due to the progress in the scientific and technological fields. Like many other things, their efforts came to an abrupt end around the middle of the 20th century.

From the ancient texts, it could be found that there was mention of a land called ‘Banga’ in the eastern part of India in the most distant past, in the existence of that land. That geo-political unit also existed in the earliest period of human history that modern man can reach through evidence. The same geo-political unit is also colloquially known as ‘Bangla’. Many experts have given their opinions on the advent of the words 'Bangla’ and ‘Banga’. Although some logical, analysis-based explanations have been put forward for the advent of the word ‘Bangla’, with respect to the word ‘Banga’, not much progress could be made. At the most, that word could be related to some ancient venerated entities or characters of ancient societies. No reason-based or tangible evidence-based explanation of the origin of those words has been put forward to date.

For reasons unexplained so far, waves after waves of human migration reached the Bengal Basin, much like the innumerable layers of sediments of Himalayan and Deccan origin, which had been spread over that basin over the millennia. The Europeans, particularly the British, comprised one such wave. Apart from imposing colonial rule over India and thus over Bengal, those people contributed significantly to unearthing the almost-forgotten heritage of that land. For unknown reasons, they created a city, Calcutta, in the Bengal Basin, and chose to consider it a second home. Little was in common between Britain and the Bengal Basin to attract the British to create a second home there.

Layers of sediment went on redefining the geography of the Bengal Basin, whereas the waves of human migration went on redefining the human society of that basin. Language used, culture, perceived history, etc. have changed over time, either through natural processes or through conscious efforts. Some character-defining basics associated with that basin could not be erased by anyone. The word ‘Banga’ is one of those, ‘Bangla’ being the other. Those two words survived everything, but no one could give a proper explanation of those words or their coming into being.

Interest in anything arises from the prospect of some gain, be it material gain or any other type of gain, be it immediate gain or the prospect of future gain. In the case of ancient Indian literature, the interest of the Europeans did not stem from immediate material gain. In all probability, that was an intellectual pursuit, which did not offer any immediate material gain. Now, after the passage of a few centuries, it may be said that those texts had the capability to offer new vistas in the human thought process.

The majority of those activities took place in and around Calcutta, Bengal. A printing facility was created; Bengali literature also got a big boost. The process of a renaissance was ignited. The choice of the word ‘renaissance’ suggests that experts approved the idea that during the forgotten period, that land attained excellence in different spheres of intellectual attainment.

Almost at the end of the British occupation of India, Professor Haricharan Bandopadhyay created a dictionary of the Bengali language that explained the origin and grammatical journey of the Bengali words. For any linguistic race, that type of dictionary may prove to be a thing of pride and the backbone of its culture. It may be seen in that dictionary how the Sanskrit language, particularly the Sanskrit grammar, played a pivotal role in the development of the modern Bengali language.

Through his work, Professor Bandopadhyay provided so many insights into every sphere of life that it is impossible for an individual to even fathom all of them in one life. For the word ‘Banga', the insight that he provided nearly nine decades ago, could not be enriched by any contributor since then. He personally did not propose any explanation. Keeping in mind the rudimentary facilities that were available back then, one may feel astonished at how he managed to gather all those details alone more than a century ago.
However, none of those explanations can unquestionably explain the root of the word ‘Banga’ that may be substantiated by tangible and accepted facts.

This book is about the narration of Naru’s journey to untangling the riddle that is associated with the word ‘Banga’. He found the clue that provides a tangible, evidence-based, novel explanation of the true meaning of the word ‘Banga’ and its coming into being.

Mr. Dibyendu Chakraborty has pursued higher education in Management Studies and worked at many locations in India. In professional life of nearly 25 years he remained associated with a few lines of activities which were not very commonly pursued. For some reasons he could never accept the pecuniary increment as his goal of life. He found great joy in observing and relating available clues to make meaningful models for explaining some basic queries. He has just started writing to share his findings with the readers at large.

He may be contacted at dibyendu.chakraborty@gmail.com.

Be the first one to write a review for the book Origin of Bangla Eighth Part The ‘Banga’ enigma.

Other Books in Social Science, History

For When Everything Is Burning
Dr. Scott Eilers