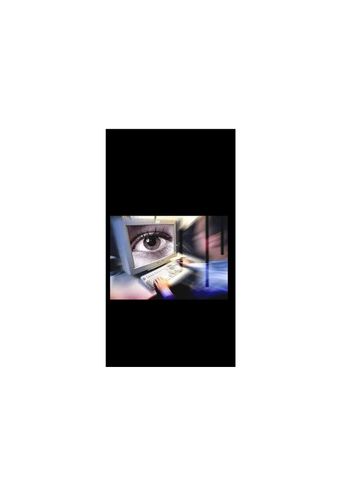 During the last twenty years, smart computer users using their machine to commit crimes have fascinated the world and generated a strange feeling composed of admiration and fear.
The entertainment industry understood these emotions quickly and has therefore continuously released new books, movies and shows representing cyber-criminals in action and threatening the world behind their computer. However, is our society facing a real threat or is it only a myth? If it was only a marginal phenomenon, the forty-three Members of the Council of Europe and Observers like the United States, Canada, Israel and Japan would not have drafted the first International Treaty regulating Cyber-crime which entered on June 22nd 2001 the final stage of its adoption’s process and which could be opened for signature as early as November 2001. However, is this new treaty the ultimate tool to fight crime in cyber-space? This book is addressing this issue in four chapters .The first one depicts the criminological aspects of cyber-crime by defining the phenomenon, identifying the different groups of cyber-Criminals and analyzing recent statistics and cases to determine the extent of the threat that our society faces. A second chapter focuses on the Council of Europe Convention on Cyber-crime. It begins by a presentation of the Institution and of its multilateral treaties adoption’s procedure and ends with an analysis of the Convention content and critics. The third chapter tests the efficiency of the law in general in the international crusade against cyber-crime and proposes alternative methods of combat. The forth chaper is having conclusion.

Dr. Suketu V. Shah. was born in Nadiad, India in 1975. He has completed his Bachelor degree in Chemical engineering from Gujarat University, India, 1999. He has also completed his Diploma in Chemical engineering, TEB, Gujarat state, India,1996. He has completed his LL.B. (Bachelor of Laws) from Gujarat University, India, 2009 and also completed LL.M. (Master of Laws) from Gujarat University, India, 2011. He is currently doing Ph.D. in law at Saurashtra University, Gujarat,India on the subject ” Issue of Surrogacy- Challenged and Results”.
He works as a lecturer at M.S. Bhagat & C.S. Sonawala Law college, Nadiad, Gujarat, India since 2011. Presently working as a Supervisor Instructor for A.O.C.P. Trade at Directorate of Employment & Training , Government of Gujarat, India since 2001. He worked as Shift In charge at Amoli organics Ltd, India in 2000-2001. He also worked at Marigold Paints as Shift In charge in 1999-2000. He has presented paper in Research Matrix, International Multidisciplinary Journal of Applied Research as a research scholar on – “Issue of surrogacy- Challenges and Results”(ISSN : 2321-7073),2016. He has also presented his paper on “Enhance Skill Development for Make in India by National Policy on Skill Development” at National Seminar on “Modern Education System:- Multidisciplinary Perspective” organized by CTE Gujarat and MS University, Vadodara, India 2016. He presented paper on “Issue of surrogacy ”at National Seminar on “Women Empowerment in India in 21st Century-A journey Begin” at SP University, India, 2016.
.Mr. Suketu V. Shah is member of Bar council of Gujarat, India since 2011 and alumnus of M.S. Bhagat and C.S. Sonawala Law college, Nadiad, Gujarat India.

Be the first one to write a review for the book Cyber-Crime: Fight with Crime.

Other Books in Law