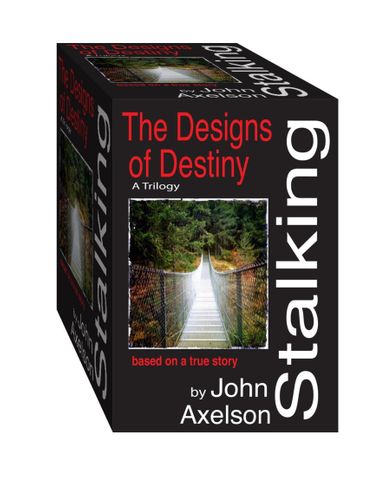 Stalking the Design of Destiny (eBook)

This work details my two years with a mystic, by any other name, who claimed that humankind has risen and fallen many times, and that Universal forces have intervened when it was necessary. Now is such a time, and the emissaries of change were here awaiting only an introduction.

She explained that Spirit intercedes by sending individuals into physical life in the traditional way, but whose experiences are designed to become the basis of future, collective endeavors. Of necessity, to have pure preparatory experiences they could not be aware of their purpose, so there comes a time when they need to be “awakened” to their circumstance. This process requires an extraordinary, two-way effort: “When the student is ready, the teacher appears,” means the student has completed their covert journey, and they are energetically able to handle the lessons, but willingness is never part of the equation—their indoctrination to “the way things are” takes care of that.

So it is that throughout time, seers, shamans, and sorcerers of particular backgrounds, have refined a teaching scheme called stalking. In this instance, the term does not refer to the aberrant persecution of another’s welfare. It refers to behavior, specifically to locating and freeing an apprentice from apparently reasonable behaviors that will cause unforeseen harm, as they learn the ways of power that fulfilling their goals will require.

This process is endlessly affronting, often defying explanation, because the influential circumstances of their blind preparatory phase created a maze of self-justification. Overcoming the intellectual labyrinth that is their “reason” requires that the teacher be cunning, and relentless in the dismantling of the student’s safeguards to self-discovery, beginning with arriving in disguise to probe the student’s beliefs.

“Stalking the Average Man” deals with this initial contact, after which I was introduced to metaphysical abilities inherent to mankind, but which we do not realize can be controlled and refined. During this time we also explored the nature of behavior as it applied to the end-of-times cycle of events.
Volume 2: “Stalking the Bridge of Reason” assesses the primary obstacles to achieving clarity of thought, and the gathering of energy to do what’s needed.
Volume 3: “Stalking: The Fifth Intercession” deals with the history of mankind’s development, what previous intercessions have brought to our table, and the mechanics of mass events such as the Second Coming scenario.

This single work compilation, “The Designs of Destiny” contains these works, topically integrated, with new chapters to provide a fluid read for this complex introduction to the emissaries’ existence and ways.

A wayward wanderer who followed his designs in spite of himself... an average man.

Stalking the Design of Destiny

Be the first one to write a review for the book Stalking the Design of Destiny.