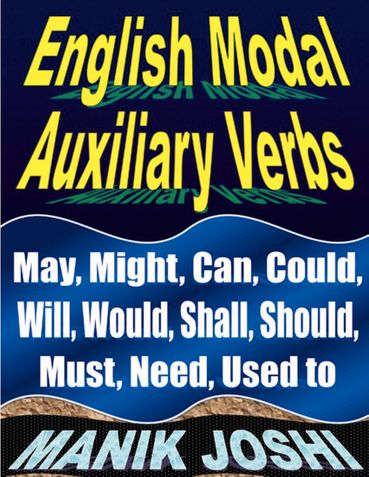 May, Might, Can, Could, Will, Would, Shall, Should, Must, Need, Used To

Modal Auxiliary Verb (or ‘Modal Verb’ or ‘Modal Auxiliary’) is a verb that is used with another verb (not a modal verb) to express ability, intention, necessity, obligation, permission, possibility, probability, etc.

(4). To express wishes and hopes
May you live prosperous life!
May you have a good time!
My teacher blessed me that I might succeed in my exams.

‘Might’ is the past equivalent of ‘may’ in indirect speech. ‘Might’ is very polite and formal. It is not common. It is mostly used in indirect questions.
I wonder if I might work on your computer.

But it is used in the same way as ‘may’ to talk about the present or future.

Note: ‘Maybe’ is an adverb. [‘Maybe’ means ‘perhaps’] -- Maybe he came to know something secret and was removed from the post.

Be the first one to write a review for the book English Modal Auxiliary Verbs.