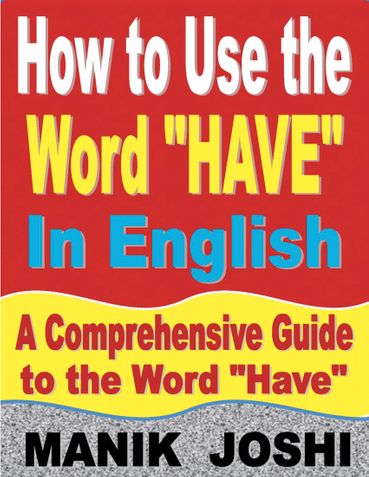 Have is an irregular verb. Its three forms are as follows:

MOST COMMON Meanings OF “HAVE” AS A MAIN VERB ARE AS FOLLOWS:
(Note: In some senses you can also use “have got”. Especially in British English, using “have got” is quite popular.)

Meaning 01:
(have sth) (or have got sth) (not used in the continuous tenses) to hold, own or possess sth

Example Sentences:
He has an old two-wheeler.
She does not have a college degree.
They do not have an ATM card.

Meaning 02:
(have sth) to experience sth

Example Sentence:
What to do when you have a bad day at work.
She had difficulty falling asleep and would wake up several times in the night.
My company has had a rapid economic recovery,
He has had no adverse impact of the medicines.
Our organization has had very healthy growth during the last year
She was helpful to her friend who has had a traumatic event.
Many children have had neglect and abuse.
He has had a truly remarkable year.
Some sectors have had major financial challenges in recent years.
The hill road had larger slips.

Meaning 03:
(have sth) (or have got sth) (not used in the continuous tenses) to have a thought or feeling in your mind
She has the notion that she can fulfill her dreams.
They have always had the belief that they can beat the big teams.
I have got an idea for the event.
She has got an idea of how it should work.

Meaning 04:
(have sth) (or have got sth) (not used in the continuous tenses) to show a particular feature or quality

Example Sentences:
Most of the things we eat have flavor in them.
He has a lot of confidence.
He had the audacity to reject my suggestion for a superficial reason.

Example Sentences:
I had a delicious meal in his home.
He had a cigarette during her stroll',
We all had breakfast together at 8 am.
We all had lunch and took a picture.
He had dinner with his family and then went to the office.

The UN at 75
Madhav Goel