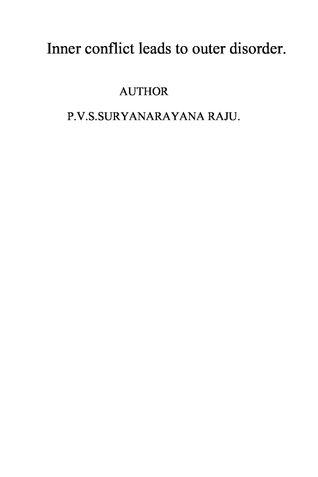 So first of all we must see the necessity of ending of conflict both inwardly and outwardly. If we identify the disease then we can find a cure to it.

So far Arjuna enjoyed the pleasure of being somebody in the fighting, he enjoyed the pleasure of being famous, he conformed to social norms in which there is pleasure, now at this juncture of great war pleasure out of all these may be thwarted and so for the first time in life he is aware of inner conflict and he wants to solve that conflict by not participating in the war. Non-action is not inaction. We have to understand the nature of conflict, not avoiding conflict by indulging in drugs, sex, alcohol, clubs, social and religious activities etc. Understanding conflict is possible only through self-inquiry in awareness. All others are tricks to avoid it. If there is conflict it distorts mind and decisions consciously or unconsciously. Conflict is awareness of blockage of pleasure, pain, frustration, pursuit of pleasure, pursuit for recognition etc.

Until and unless we understand what it means to relate with the other we do not differentiate between “action” and “activity”.

Be the first one to write a review for the book Inner conflict leads to outer disorder.

THE HEBREW AND OTHER CREATIONS FUNDAMENTALLY EXPLAINED
Gerald Massey