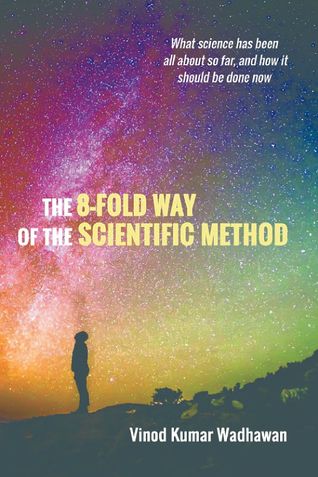 The 8-Fold Way of the Scientific Method (eBook)

What science has been all about so far, and how it should be done now

A major objective of this book is to promote scientific temper in society. It tells you about the rigors of how science is done, and explains why scientists take such great care to ensure that the empirical knowledge acquired collectively by them has the highest attainable degree of credibility. The Scientific Method underscores the importance of a robust sense of skepticism when it comes to accepting evidence for any claim, particularly a tall claim. And yet scientists are ever willing to accept and rectify errors in their theories if any new evidence demands that, thus ensuring that self-correction is a part of how science progresses. But much of the science done so far has been based on reductionism. ‘Complex systems’ are the next challenge for 21st-century science, and we have to go beyond reductionism for investigating them meaningfully. This is a very difficult task indeed. The most familiar and quintessential example of a ‘complex adaptive system’ is the human mindbody, with consciousness as one of its ‘emergent’ properties. The Scientific Method used so far values only empirical or objective information, and has no direct use for subjective or experiential information (except for some simple correlational or statistical studies). In this book some suggestions are made for cautiously and tentatively relaxing some of the eight tenets of the Scientific Method so as to make science more inclusive in scope. Our goal should be to investigate all natural phenomena, including those that cannot be reproducibly verified by just about anybody, anywhere, any time. The book’s narrative covers a long time span, ranging all the way from ancient Indian science and technology to the futuristic biotechnology and nanotechnology revolutions. Substantial space is devoted to what it takes to achieve health and longevity of the human mindbody. Can you hope to live forever? The answer is ‘yes’, provided you can manage to stay alive and well for the next few decades, so as to be around when the fruits of biotechnology are already commonplace, and when medical nanotechnology comes of age. Three approaches are discussed for this goal, two of them from ‘Western’ medical science. It turns out that the Indian yogic way of life is the best of them all for achieving this goal.

Vinod Wadhawan got his M. Sc. degree in solid-state physics from the University of Delhi, and the Ph. D. degree in physics (X-ray crystallography) from the University of Bombay. All his scientific career was with the Department of Atomic Energy (DAE), Government of India. After his retirement on superannuation, he was given the position of Raja Ramanna Fellow for about six years by the same Department. He was based at the Bhabha Atomic Research Centre (BARC), Mumbai, during this tenure. He is also a former Associate Editor of the journal PHASE TRANSITIONS (published by Taylor & Francis, U.K.).

After doing his Ph. D. in crystallography, he did not stay in that field for long, and shifted his interest to ferroic materials. In the year 2000 he published his book 'Introduction to Ferroic Materials', the first comprehensive and still the only definitive book on the subject.

Ferroic materials, particularly multiferroics, find extensive applications in smart structures. This got Wadhawan interested in smart structures, and in 2007 he published the book 'Smart Structures: Blurring the Distinction Between the Living and the Nonliving'.

From materials (ferroic materials) to structures (smart structures) to systems. Complex systems. Wadhawan has written two books on complex systems: 'Complexity Science: Tackling the Difficult Questions We Ask About Ourselves and About Our Universe' (2010); and 'Understanding Natural Phenomena: Self-Organization and Emergence in Complex Systems' (2017). In between, he took time off to write a book about his work on symmetry: 'Latent, Manifest, and Broken Symmetry: A Bottom-up Approach to Symmetry, with Implications for Complex Networks' (2011).

More recently, he has started producing a series of YouTube videos under the title ‘Wadhawan Educational Videos on Science’. https://www.youtube.com/channel/UCCTJvufWrgHs6G41HoakhRw

Wadhawan believes that scientists should lead by example when it comes to promoting scientific temper in society. Their lives should reflect all that is worthwhile in the scientific profession, particularly intellectual integrity, curiosity, wonderment, rationality, skepticism, ready willingness to change one’s views if new information warrants that, and a deep sense of belonging and oneness with the Cosmos in general and Mother Earth in particular. They should also make an effort to be mentors to youngsters.

Be the first one to write a review for the book The 8-Fold Way of the Scientific Method.

Maya: The Whirlpool of Delusions in Creation
Ajai Kumar Chhawchharia