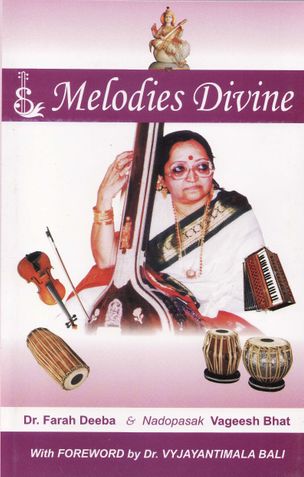 Ubhaygaanvidushi Sangeetkalaratna Guru Dr. Shyamala G. Bhave is versatile, creative and an extremely talented artiste. Scion of an illustrious family of artistes she is a fourth generation musician. Shyamalaji’s great-grandfather Adyanatakkar Shri Vishnudas Bhave of Sangli was revered as the pioneer of Marathi Theatre. She is the daughter of Acharya Pandit Govind Vithal Bhave and Vidushi Lakshmi G. Bhave who established Saraswati Sangeet Vidyalaya at Bangalore in 1930. Pandit Bhave was the disciple of the foremost exponent of Gwalior Gharana Acharya Pandit Vishnu Digambar Paluskar. This precious heritage is carried forward and enriched by Shyamalaji. Dr. Shyamala G. Bhave’s command over the art is legendary. She is a performer par excellence, a commendable academician and a true luminary of Indian Music (Bharatiya Sangeet). She has expertise in both styles of Indian Classical Music – Hindustani and Carnatic. This versatility earned her the title ‘Ubhaygaanvidushi’ at a young age of twelve years from Sir M. Vishveshwaraiah, Engineer-Statesman and Diwaan of erstwhile Mysore State. Dakshinottaram, a single artiste vocal jugalbandi, is her distinctive contribution to Indian Art Music. Her creative ingenuity is evident from the huge repertoire of music composed by her – classical, semi-classical and devotional, in several Indian languages. This book provides glimpses into her life and work and also elaborates her perspectives on Indian Music.

Farah Deeba is a Scientist and an Artiste. She worked in the Agriculture industry for more than a decade. Her scientific publications include papers in reputed journals and patents in Agriculture Biotechnology. Farah is also a prolific writer; she writes prose, poetry and lyrics in English and Hindi. She is the author of – ‘Corporate Curry’ (2011, English Novel), ‘Natakrangotri’ (2012, Hindi, Biography) and ‘Zindagi ka Saaz’ (2013, Hindi Lyrics & Music Album). She received her formal training in Hindustani Classical Music and Ghazals from Dr. Shyamala Bhave, Nadopasak Shri Vageesh Bhat and Vidwaan Shri Gurunanadan Kallianpur at Saraswati Sangeet Vidyalaya, Bangalore. She lives in Bangalore with her husband and daughter.

Nadopasak Vageesh Bhat is a gifted vocalist and an erudite Sanskrit scholar, dedicated to Hindustani classical and devotional Music. He has received training in diverse faculties of Indian music from Dr. Shyamala
G. Bhave. Proficient in playing harmonium, sitar, tabla, mridangam and piano, he is an empanelled artiste for All India Radio. He has been associated with Saraswati Sangeet Vidyalaya for more than thirty-five years and also serves as the Honorary Secretary. He provides vocal and instrumental accompaniment to Shyamalaji during concerts; he is also her associate in all creative endeavors. His musical works include - Shri Pavamana Sooktam (‘Ved-Naad’ project), Kundanapurvasa Shri Venkatesha, Shree Hanumat Gaana Sourabha, Bala Stotra Malika, Dwadashstotram, Raama Naama Hanuma Dhama, and others. He worked in the Banking sector for over two decades before devoting himself to music full-time. He holds the certificate of Banking Examination (CAIIB), LLB, Vidwat (Music) and Sanskrit Kovid. He lives in Bangalore with his wife and

Be the first one to write a review for the book Melodies Divine.