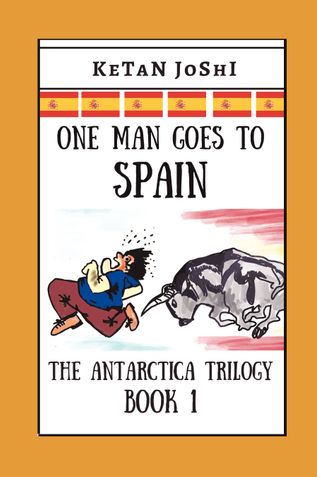 One Man Goes to Spain

Book 1 of the Antarctica trilogy

One Man goes to Spain - Book 1 of the Antarctica trilogy

One day my wife declared that I was going to ANTARCTICA.

‘Where?’ I asked, rubbing my ears. ‘What was that again, dear? Where am I going?’

‘You are going to Antarctica! Via Spain!’

‘Yes. Would you like to spend a fortnight in Spain before going to Argentina, to catch the cruise to Antarctica?’

ANTARCTICA -WOOHOO!
SPAIN -WOOHOO!
This is the story of the first part of my long journey around the world - 15000 kilometres as the crow flies…and even longer if the crow goes my commercial airlines!

Join me as I explore Spain - the amazing history, the unique culture, the magnificent architecture, the awesome food - and the festive atmosphere of the Temporada de Navidad!

And then - on to Argentina! To Antarctica!

Ketan Joshi is a biker, backpacker and travel writer.

He is the author of 20 books - including the ‘Three Men on Motorcycles’ series, the ‘One Man Rides Alone’ series, the 'One Man Goes Backpacking' series, the ‘Antarctica trilogy’ - and other works of fiction and non-fiction.

Ketan has travelled to the Arctic and the Antarctic - two hemispheres, 50 countries, and all 7 continents of the world.

One Man Goes to Spain

Be the first one to write a review for the book One Man Goes to Spain.

Journal of a Tour Through Spiti to the ...
Philip Henry Egerton