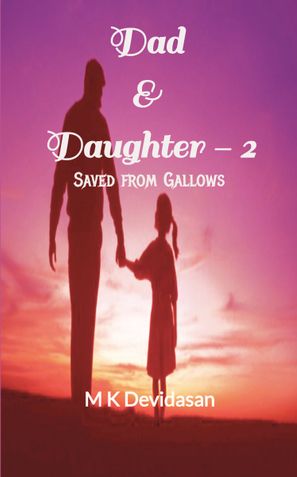 Riya, the 11th standard student of Flying Officer Jayaprakash, had a guilty feeling of being the root cause of the heart problem, Radha of tenth standard, the daughter of their servant staying in the servant’s quarters inside the Air force station, experienced while working in the garden along with her. When she came to know that Radha was to be operated upon to set her heart right, which was costly, she decided to offer maximum possible financial help to that family and requested her father Jayaprakash who expressed his inability as his funds were exhausted in their house construction.
When Riya talked of this to her friends in school, they guided her to an advertising company where she was offered high remuneration, but she had to refuse that once she knew that they wanted her to be almost nude in lingerie advertisement.
Riya was fascinated by a TV quiz program “become millionaire through intelligence” and had been replying to the weekly questions to the public, appeared on screen during the program, and got a call for an audition. In that, she performed well and was selected.
Riya was to report for the TV program shoot on a Sunday. Along with her mother and brother, Riya went to the designated location for the shoot. Her father Jayaprakash could not accompany her as he had to be available at the station for special work, in view of the impending visit of their Air Officer Commanding-in-Chief.
The super star invited all contestants, one by one, and they had to face the fast finger test. Riya was selected as she was ranked first, taking least time to respond to the question that appeared on the screen, correctly in least time.
Riya was ushered into the hot seat by the super star and answered all questions one by one, and reached the second safe zone of 12.5 lakhs with ease, not using any of the life lines. When the super star asked her of the plans of utilisation of the entire money, she spoke of the help she planned towards the operation expenses of Radha and said the rest will be given to father with request to buy one car, which they could not possess till then.
Jayaprakash got the information from Riya of her success and exploded the news to his superior officers and got permission to reach home early with intention to receive them and left office at 12.30 with two packets of sweets.
When he opened the front door and entered his room, found Radha lying on his bed motionless. The unexpected sight jittered him and he cried aloud. He tried to give her artificial mouth to mouth inhalation and cardio pulmonary resuscitation, which was seen by the neighbours and the servants, arrived responding to his cries, mistaking to be strangulating her after satisfying his lust.
When Riya came back with mother and brother, she saw Jayaprakash being taken by the police, handcuffed. She heard her father repeatedly begging the authorities of his innocence, but the eye- witnesses’ statements were good enough to disregard anyone’s mercy pleas.
Was Riya convinced of her father’s plea of innocence?
If so, will she be able to find ways to save her father from the legal formalities, thereon?

M K Devidasan is an engineer who had served the Indian Air Force for thirty-two years and retired as a wing commander. His first published creative work (Distressed Lady) was a collection of poems in 1976. His first novel ‘Her Miseries’ was published in 1993 and the same was digitalized by Michigan University in 2008. Subsequently he published nine novels. -- 1. War Hero, 2. Blazing Desires, 3. Ultimate Decision, 4. Her Miseries – The beginning, 5. Enemies Within, 6. Love Forever, 7. Slum to Castle.8. Dad & Daughter, 9. Veterans Party- chief Minister in 9 Months.

Be the first one to write a review for the book Dad & Daughter - 2 Saved from Gallows.